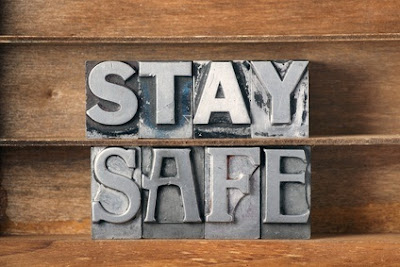 There's a nice fellow who lives across the road from us. He is also into country walking. He's two or three years older than me and his name is Alan. He's a widower.

Yesterday I rode into the city centre with Alan on a number 82 bus. We compared recent walking experiences and reflected on our favourite pastime.

The conversation confirmed what I already surmised about him. His experience of walking and indeed his attitude to rambling is in several ways radically different from mine.

For example, whereas I prefer solitary walking with no one to please but myself, Alan never walks alone. He plods along with a walking group or a couple of friends. I think he finds the very  idea of solo walking rather odd.

Here's another difference. Alan always has a haversack on his back when walking in the country. Amongst other things it always contains a whistle, a torch, a flask of hot tea, sandwiches, Kendal mintcake, fruit and possibly a raincoat - just in case. He also uses walking poles. In contrast I prefer to travel light - with no bag - just my camera and a map sheet. This changes if I am going on a particularly long walk or if it is an unusually hot or cold day. Then I might take a bottle of water, an apple and a banana, maybe a woolly hat in wintertime.

On the bus I said to Alan, "You are a sensible walker but I am foolhardy!" He seemed shocked to learn of my devil-may-care casualness and didn't appear to get it when I pointed out that our local walking territory was not  The Himalayas or The Sahara Desert.

He was further shocked when I told him that I have never owned a mobile phone. To him it is an essential aid when rambling in The Peak District with his companions. He can use it like a beacon to alert emergency services or he can use it as a tracking device - mapping his walks. I said I didn't need that kind of thing and that I had walked hundreds of miles without such a gadget.

Dismounting at the same bus stop in the city centre, I suspect that Alan strolled away shaking his head about the carefree lunatic he had just travelled with. We are not the same but I wonder if for one fragment of a moment did he wonder about my carefree attitude to walking? If we were rock climbers I would be into free climbing while he would have a helmet, safety ropes, carabinas, a support team and no chance whatsoever of falling.

That is not to say that I am right and Alan is wrong but doing it his way would not sit well with me. No it would not sit well at all. What kind of life is it if you are forever battening down the hatches just in case danger calls?
- December 07, 2019