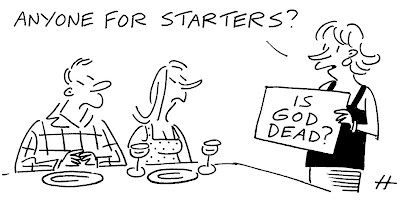 Tony is ten years older than me. He was an academic at The University of Sheffield - working in metallurgy - an area that has special associations with the city's traditional industries. He has a gentle, unassuming nature and a variety of interests that he has developed further since his retirement. For example, we often hear him practising his trumpet. He belongs to a local brass band.

A week never goes by without me having a chinwag with Tony - usually when we are getting things from the boots of our cars. After thirty years there is an ease and mutual respect in our communication but the other day he said something a little surprising. It was along the lines of the fact that whenever he speaks with me the conversation always seems to turn to serious subjects.

We laughed about that and he admitted that his family often accuse him of being poor at small talk. Like me, he doesn't go in for tittle tattle and light-hearted gossip. We wondered if there might be evening classes that men like us could sign up for - evening classes designed to improve our small talk ability.

I wondered if  YouTube instructional videos in small talk are available and Tony said that there might be a gap in the market. Perhaps I should make some. But how could I launch videos about small talk when, after sixty six years of life, I am still rubbish at it?

Anyway, I have done some investigations and research and I have come up with a script for the first video which will be called, "At the Dinner Party".

NARRATOR At dinner parties, it is important to relax and smile at the other guests. Don't touch upon controversial topics that might cause offence or disagreement. Remember to establish eye contact with the other guests and avoid speaking when your mouth is filled with food. Stick to inconsequential subjects as in the following example...

GUEST ONE Oh this lobster thermidor is delightful Graham...If you don't mind me asking, where did you source it?
GRAHAM I bought it at Tesco.
GUEST ONE Tesco? Oh what a  splendid supermarket chain that is. Don't you agree?  The checkout staff are so obliging. They never fail to ask me if I need help with my packing  even when I have only bought a loaf of bread. I remember a Tesco I visited long ago in Harrogate. There was a winsome dog tied to a post outside and I patted him. Then his owner appeared and she said that he was a rescue dog.
GRAHAM And so what happened next?
GUEST ONE Well I said goodbye and acquired a shopping trolley before manoeuvring it around the aisles. I collected numerous items including soap powder, baked beans and a six pack of quilted toilet rolls.
GUEST TWO The last time I visited Tesco, I also bought toilet rolls. I prefer the cream coloured variety to complement my bathroom tiles. That reminds me, we need to do some regrouting. Perhaps we should get someone in.
GRAHAM Well, we are having a splendid time aren't we? More wine anybody?

NARRATOR You can see that GUEST ONE is relaxing into the evening. He has picked supermarket shopping as a conversational topic. Other inoffensive topics you might select include: gardening, fitting new curtains, making porridge, bird watching and hiking in The Lake District. You should avoid torture, illegal immigration, plastic pollution, homelessness, gun ownership in America, Boris Johnson and FSM. Such subjects would undoubtedly ruin a pleasant evening of civilised human interaction. 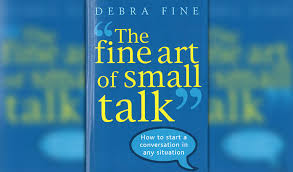