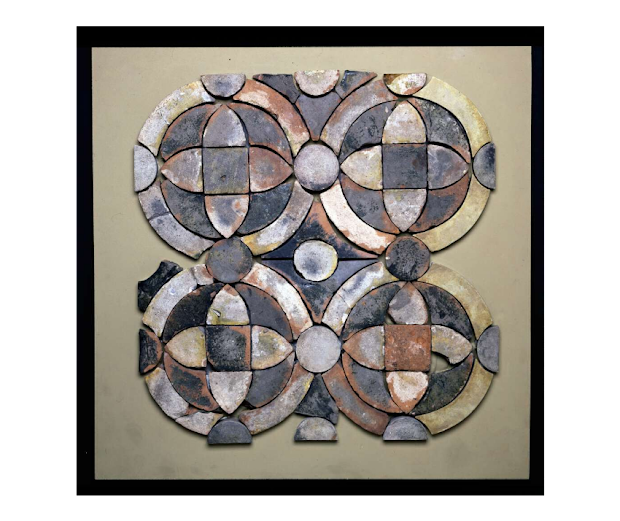 Hugonis de Leven was the fifteenth abbot of Meaux (Melsa)- a Cistercian abbey in the heart of East Yorkshire. He was most probably born around 1300 and was claimed by The Black Death in 1349, ten years after his appointment. Little is known of him - especially as the five pages about his abbacy in "Chronica Monasterii de Melsa, a Fundatione usque ad Annum 1396" by Thomas de Burton (d. 1437) were ripped from the original manuscript long ago.

Hugh de Leven
There where  crows announced
Countless days and  still nights
Were made unquiet by
Hungry waves
Gorging on the coast
Of Holderness,
We prospered
And The Lord was munificent.
Cognizance came of blackness
Moving cross foreign lands
Then reaping  London
Like a scythe
And we, glad to be alive,
Praised The Lord of Mercy.
How came The Pestilence
To Meaux
None doth know
But by the first snow
Death had taken half of us
To paradise.
Wise Hugh writhed in his cot
As I nursed him
Spared and steered by The Lord.
We sank his pustulous vessel
Into the chancel
By Adam de Skyrne
Who were’t abbot
In my father’s time
And flung quicklime
Into the hole,
Proffering prayers for The Lord to attend
In sure anticipation of
The End.
- January 12, 2022