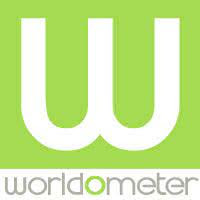 Throughout this ghastly pandemic, I have been following associated statistics with the aid of a respected reference  website called "Worldometer". Figures are updated every day.

Digesting the numbers, I have often wondered how different countries gather their data. Even in developed western democracies there is no internationally agreed common method  so that some countries may be over zealous in their calculations while others are rather lax.

Great Britain and Northern Ireland have the worst COVID death count in Europe  - 155,317 dead as I write but this small country has a very large population at just under 68.5 million so a simple death tally doesn't give the full picture.

I have no reason to doubt Worldometer's statistics with regard to COVID but it would be interesting to discover how they gather the numbers and how different countries do their additions.

On a separate note...

Given the fact that Britain recorded 90,000 new cases yesterday as well as 277 COVID deaths, I remain perplexed as to why our government have just cancelled most restrictions. Is this connected with Johnson's popularity crisis and the tangle he finds himself in? I also wonder where Professor Chris Whitty has gone and where is Professor Patrick Vallance?  In their roles as Chief Medical Officer and Chief Scientist they appeared on television many times during the pandemic - carefully explaining things with honesty and integrity. It would be good to hear what they think now about the dropping of restrictions. In effect, have Johnson and his gang  ceased following "The Science"?