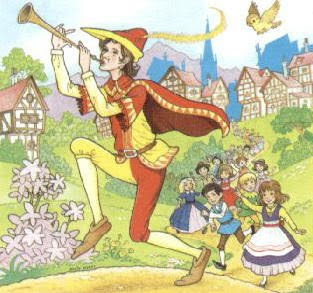 Although there were unaffected millions in Africa, parts of Asia and South America, in the so-called western world very few us remained mentally untainted by the insidious effects of mobile phones. It transpired in early 2012 that the widespread use of mobiles or cell-phones had been cunningly promoted by imperial pioneers from the distant planet of Olama in the constellation Baden, several light years from Earth. Their objective was Death.
Instinctively, I had always had an aversion to the mobile phone and came to view its use with increasing alarm. Where ever I went I saw these damnable new-fangled objects in people's hands. At bus stops, in restaurants, behind the wheels of fast-moving vehicles, at sports events and weddings, in cinemas, even at funerals. They were everywhere. It seemed to me that when people fondled them it was rather like looking at small children gripping their comfort blankets.
Friends and family - who were unknowingly already infected by their phones - tried to persuade me to get my own phone. Some even smirked at me as if to say - what a dinosaur - how can he even exist without a mobile phone? The more I was tormented and the more obsessive the mobile phone use I saw, the more my resistance grew. Thank heavens!
Nearly everyone I ever knew is gone. Huge pits were dug on the outskirts of all major cities and the bodies of mobile phone users were bulldozed in until even the men who operated the bulldozers succumbed to the inevitable.
As I say there are few of us left. A couple of months ago I decided to live in Buckingham Palace as the Royal family were gone along with their security staff and just about every member of the metropolitan police service. The Queen had a waterbed and that is where I sleep. I have seventeen motor vehicles parked out on the gravel in front of the palace including a reinforced Hummer, a cherry red Porsche and a Rolls Royce Silver Ghost. Sometimes I look down from the famous balcony and wave but of course there's nobody there to wave back. Just a few pigeons, flapping around the Queen's corgis and blind zombie-like settlers from Olama who have been shipped to Earth simply to ease their home planet's population crisis.
I think to myself - was it worth it - all that jibberish - those interminable text messages and contacts lists. Every year upgrading phones, failing to live in the here and now. Phoning friends to ask - what are you doing and getting the inevitable reply - I'm on the phone. The Olamans - what a trap they laid - and humanity walked straight into it like the children of Hamelin.
- May 03, 2011