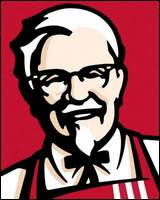 Before I head off to the island of Koh Phangan - way down south - for three nights, let me tell you about a couple of this week’s most bizarre moments.

Monday morning. After waiting fifty minutes for a reserved taxi while dozens of free taxis flashed by the school gates, I arrived at a vast new government building on the outskirts of Bangkok along with an agitated lady from the school office. It was to be the next chapter in my visa saga – you know - the one that resulted in me being exiled to Malaysia for a weekend.

So there’s hundreds of people clutching papers and tickets in the Immigration section of this huge building, erected far from any public transport network. A robotic voice with an American accent announces appointment numbers while a different American-sounding voice announces other appointments on the opposite side of the room. The voices intermingle unintelligibly as red lights flash digital numbers above dozens of interview booths.

Finally I find myself in a cubicle with the twitchy school secretary and a uniformed female immigration official. I have to sign photocopies of my fifteen page work contract, two copies of my degree certificate and a handful of copies of my passport. The lady from the school chuckles as a conversation in Thai occurs with the severe young official. Then I get a translation.

Then the young lady adds, “When I see you. Make me wanna eat!”

My instinct is to return the compliment but I fear my meaning might be misconstrued so instead I just laugh. When I am dismissed from the cubicle to wait a further hour for my re-stamped passport, I promise to get her some fried chicken.

Friday morning. I am working at the computer in my classroom. I shift the keyboard and notice something beneath it. It’s a polythene bag with a piece of card in it. There’s some writing on the back. I flip it over. It’s a photograph of a Thai woman in a rather untidy room. I recognise her immediately.

It’s the new cleaner who has been visiting my room after school for the last week or so. As an inverted snob, I have always gone out of my way to be friendly towards those who have menial roles to perform in the workplace. So it has been with the new cleaner. Every time she has entered my room I have greeted her – Sawasdee krap and smiled. She doesn’t seem to speak any English.

I flip the photo over. I realise that what is written is a mobile phone number with her name scrawled next to it. It’s a flaming invitation to get in touch – possibly literally!

Perhaps she needs me to tidy up her room. Maybe she wants to come back to Sheffield to be our cleaner - possibly performing other domestic duties? I must ask Shirley for her considered opinion. She can also weigh up whether or not I look anything like that finger lickin’ Kentucky fellow - Colonel Bloody Sanders!