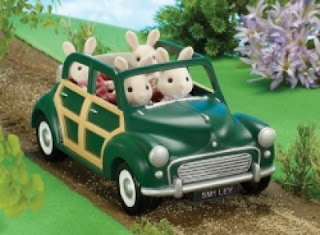 Dad behind the wheel. Mum in the front passenger seat. The kids in the back. "Are we nearly there yet?" Driving over to Hull between Xmas and New Year. It reminded me of all those other half-remembered drives. To France. To Italy. To the shops. To see Mum in the old folks' home. To cottage holidays in Shropshire. To London. To Las Vegas from L.A...

Will there ever be another day like today? Ian is twenty eight and Frances is twenty four. They're not at home any any more - just for Christmas. And we're going  to see Hull City at the K.C. Stadium against Yorkshire rivals - Leeds United. Murky spray on the motorway. We're later than we wanted to be. We park up on Great Thornton Street and march swiftly to our "theatre of dreams".

The players are already out. Leeds in their virginal white strips and City in their black and amber - unhappily sponsored by despicable "Cash Converters". We take control of the game, We spurn chance after chance. Leeds look statuesque  We are Hull. "Take my hand, take my whole life too! For I can't help falling in love with you!" We are so much on top that our goalkeeper's left to visit the barbershop but incredibly, amazingly at half-time it's still 0-0.

Second half you wonder. Is it going to be one of those games where the best team doesn't win? But after fifty three minutes and finally, finally, Corry Evans sweeps the leather ball past Paddy Kenny's outstretched arms into the net. "Who are ya? Who are ya?" we chant at Leeds's army of travelling supporters. And four minutes later Meyler rises to a well-directed corner and like a cannonball heads the plastic-coated sphere  into the bulging net. Effectively, it's all over there and then. We have suppressed the mighty Leeds - doing the double over them for the first time in my life. As beautiful as a dew-sparkled cobweb on a summer's dawn.

Tea and Xmas cake at Tony and Fiona's mansion in Swanland before the 80 mph motorway run back to Sheffield. M62 to M18 to M1. My little family. The people I love the most. Contented that we gave Leeds a real footballing lesson. Maybe never to be repeated. Up The Tigers!