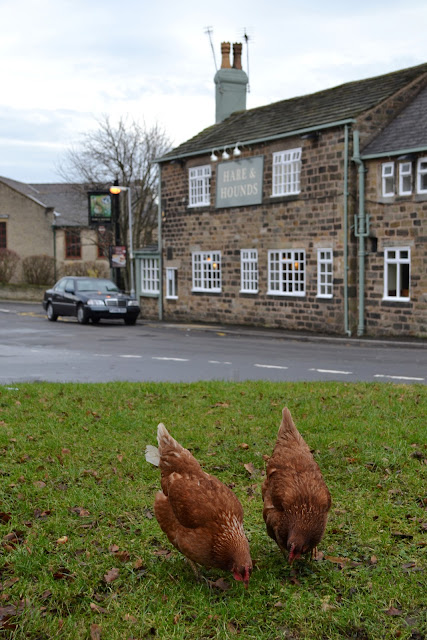 After Christmas comes Boxing Day. Yesterday's feasting had made me feel like a lethargic Mr Blobby so I drove a couple of miles south of Pudding Towers, past the Sheffield Tigers rugby ground on Dore Moor and then down Whitelow Lane, turning to the riding stables at the end of Shorts Lane. It's somewhere I have often parked in order to begin a familiar one hour circular walk - burn some calories, get the blood pumping and the lungs gasping fresh air.

I put on the walking gaiters that Shirley had bought me for Christmas. It's the first pair I have ever owned but many times in recent months  freshly laundered trews have been muddied by country walks so this seemed a good way to protect my trouser bottoms. It was a bit of a struggle getting them on because the straps that go under the boots were difficult to adjust. But finally I was able to set off.

As well as providing good physical exercise, I find that walking is also psychologically therapeutic. As you walk, you think. You're processing memories and the issues that life throws up. Sometimes you're solving problems or conceiving creative notions. In my humble opinion, many of the difficulties caused by modern living would be massively reduced if people would only get out walking. Depression? Forget the pills and the counselling and get out for a long walk. Obesity? Walk it off ounce by ounce. In mourning? Unemployed? Unhappy? Just get walking.

After the walk, I drove up to Dore Village where I snapped a few pictures as is my wont. Above you see two foraging hens on the verge by "The Hare and Hounds" and below a stone that commemorates the first unification of England which happened when King Ecgbert of Wessex accepted the submission of King Eanred of Northumbria at Dore in 829 A.D. to become, for a few shorts months, what The Anglo Saxon Chronicle called "The Ruler of Britain". He predated Aethelstan - often thought of as the first true King of England by a hundred years. 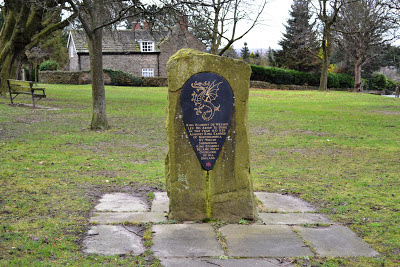