He's eight feet tall and he stands in some woods next to the Sheffield Parkway. Just standing there, watching the traffic go by. I'd heard about him and finally today I made a special diversion just to find him. Down Richmond Park Avenue and then along leafy paths into Bowden Housteads Wood. Tall, muscular and slightly menacing, he looked like a Sheffield foundryman of yore, mingled with a race of space invaders from "Dr Who". The sun was behind him so he was hard to capture with a camera. He's made of steel - not the stainless sort that was invented here in Sheffield - but carbon steel - the sort used for girders and ship building. He was designed by a young sculptor called Jason Thomson back in 2001.

To tell you the truth, I think it is typical of the city of Sheffield - to hide an image of our proud steel industry in some woods where hardly anybody will notice it. It's the same with football (soccer to our American friends), the game as we know it began in this city which boasts the two oldest football clubs in the world - Sheffield F.C. and Hallam F.C. . And yet where's the image to declare that special position in sporting history? Where's the spotlight? Where's the tub thumping? It's as if it never really happened and many visitors will have passed through the city not realising that properly organised football began amongst this city's hills. We even have the oldest football ground in the world - The Hallam F.C. Sandygate Road ground. But shh! - Don't ell anybody, we like to keep that secret too!

Here's Parkway Man...if I had a hammer:- 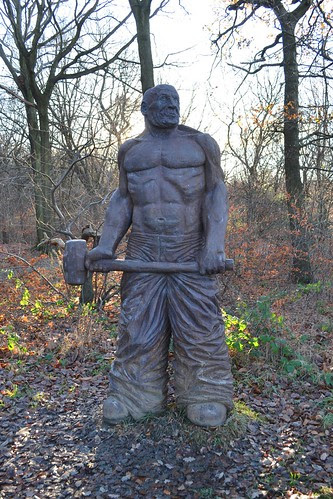 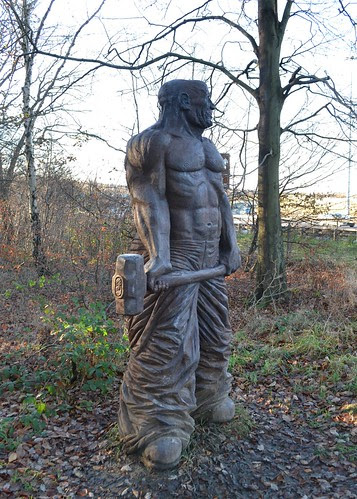 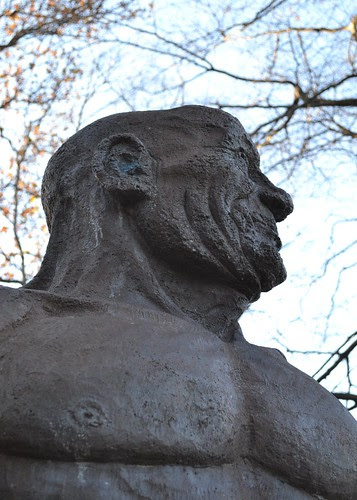