My French brother recently sent me one of those humorous "round robin" emails. Perhaps you have also received it as these things often seem to "do the rounds". This particular one concerns Christmas photos that were apparently culled from the many thousands of pictures that American Wal-Mart stores still process at this time of year. As we say in Yorkshire, "there's nowt as queer as folk"

In this professional studio picture "mom" has chosen to dress in a tasteful skimpy pvc Santa outfit. The white garter on her left thigh adds a certain touch of elegance to the composition, don't you think? 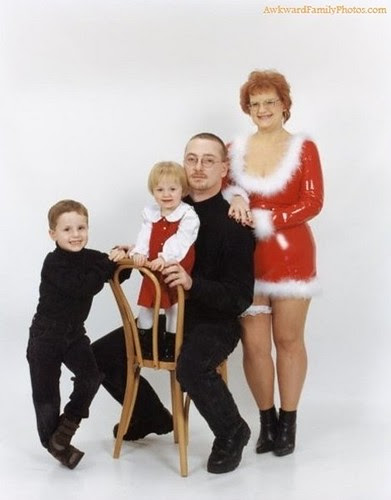 Given what has just happened in Newtown, Connecticut, this Christmas composition in front of the tree is more than a little concerning. "Gee! Great mom, just what I wanted ! A Kalashnikov! Now I can be famous without even even auditioning for  America's Got Talent!" 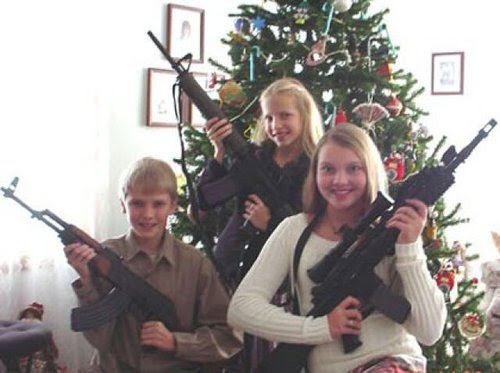 Below - what a wholesome family portrait to send to friends and relations! It's the pastor of the local Lutheran church with his wife and sons. By the grace of God, they look so happy together:- 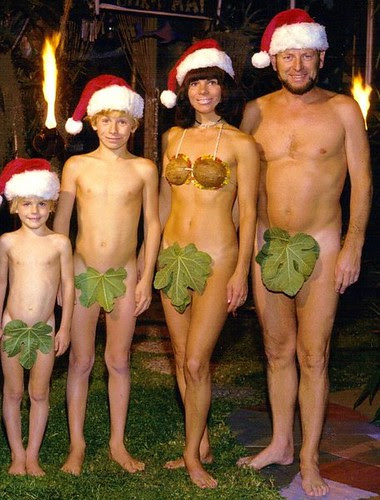 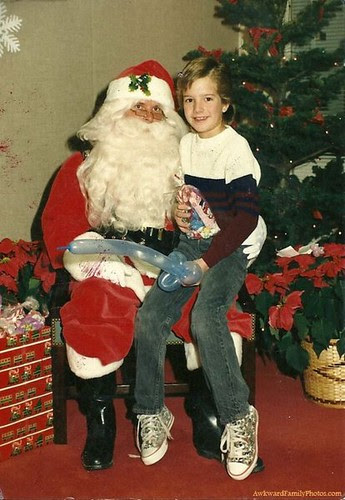