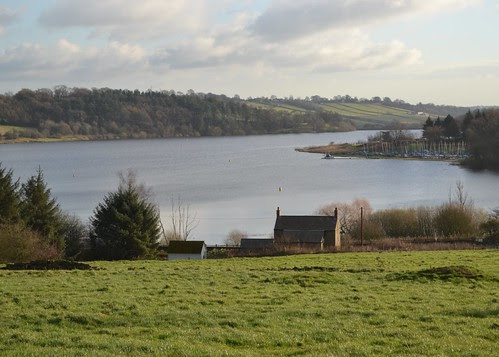 Ogston Reservoir in December. It's a place I had never visited before. It sits in the Amber Valley a couple of miles south west of the former Derbyshire mining village of Clay Cross. Near the southern end of the reservoir is ancient Ogston Hall, hidden by trees and out-of-bounds to the general public. To the east a major railway line sweeps northwards from Derby towards Chesterfield and Sheffield. 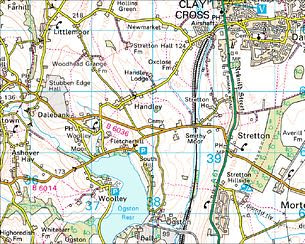 I planned a six mile walking route that would encircle the reservoir even though there isn't a designated footpath hugging the shoreline. On Temperance Hill just south of Handley I took my trusty walking boots from the car's boot. After passing through Woolley, I came to the delightful hamlet of Brackenfield - just off the map. Its imposing church was extended by the "noble" families who have occupied Ogston Hall long before the little bowl of a valley was flooded back in 1957.

The peaceful and affluent atmosphere of the area was in stark contrast to the post-industrial deprivation of Clay Cross. Two ladies pranced by on chestnut mares as a pair of dimwitted peacocks squawked from a cottage garden.

In northern England in mid-December, evening arrives far too soon and by three o' clock the low sun was already threatening to disappear behind a bank of trees as, returning to my car, I snapped this picture. I'm rather proud of it - so eat your heart out Baxatron!
- December 11, 2012