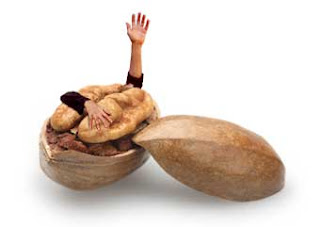 Inscribed under this blog's title I have always had this epigram:-


"O God, I could be bounded in a nut shell and count myself a king of infinite
space, were it not that I have bad dreams." - Hamlet Act II scene ii

But in ten years no visitor has ever commented on it. So I thought that maybe it is nigh time to take the proverbial bull by the horns myself  and reflect on a line from Shakespeare that I first spotted forty years ago

Incidentally, when I watched the excellent 2012  film "Lincoln" starring Daniel Day-Lewis, I was startled to hear Lincoln relating a dream to his wife Mary (pet name Molly). He says:-
"It's nighttime. The ship's moved by some terrible power, at a terrific speed. Though it's imperceptible in the darkness, I have an intuition that we're headed towards a shore. No one else seems to be aboard the vessel. I'm very keenly aware of my aloneness. I could be bounded in a nutshell and count myself a king of infinite space, were it not that I have bad dreams. I reckon it's the speed that's strange to me. I'm used to going a deliberate pace. I should spare you, Molly. I shouldn't tell you my dreams."

Let's take the first part of the quotation - about living in a confined nutshell and yet seeing oneself as a king of infinite space. To me this suggests a prisoner, a hermit or a monk in a narrow cell, separate from the world. It could also be an Amazonian forest dweller, a Himalayan goatherd or Stephen Hawking. And yet, and yet... the power of the human mind, of memory and imagination could take you far from the nutshell - bursting with ideas and hope and happiness. I certainly think that it is possible to have a rich and fulfilling life even when one's everyday boundaries are very restricted.

The counterpoint to that notion is that it is possible to live an unfulfilled and spiritually impoverished life when one has enjoyed boundless opportunities - far different from the nutshell confines that Hamlet reflected upon. You could get millionaire travellers who despite their privilege and the things they have witnessed have in actuality never really seen anything. George W. Bush springs to mind.

But to the first part of the quotation Shakespeare added the rider, "...were it not that I have bad dreams". In other words, human beings are typically troubled by their guilt, their mistakes and the sensation that we are always living in the shadow of what could have been and perhaps what could still be. No matter how close we get to nirvana, there will be nagging doubts, feelings of restlessness and an underlying dissatisfaction that prevent us from wholly enjoying a transcendental state of being. 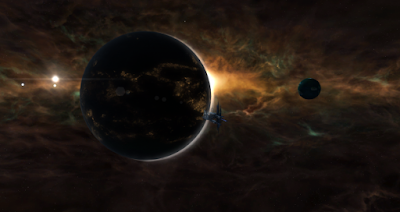