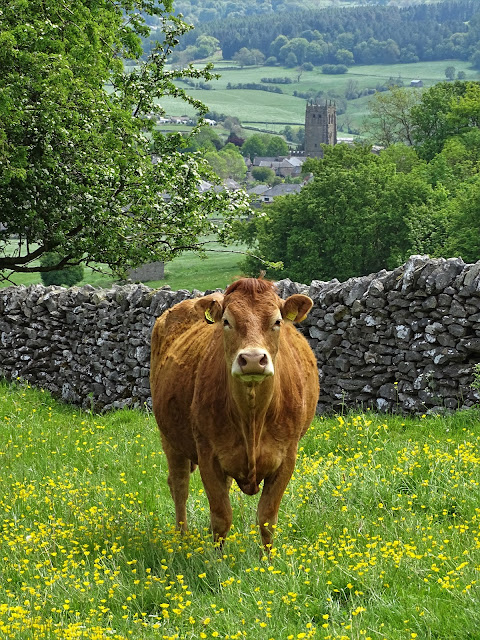 Yesterday I headed off to the Derbyshire village of Youlgreave under an early summer sky. There I parked up ahead of a pleasant country walk. No more than two hours long.

It took me out of the village along an old track that led to green meadows where sheep and cows grazed. The grass was lush and sweet.

A pair of women with a dog had just passed through the field I was approaching and the young cows within it had become skittish. I arced  around them but as I headed for a squeeze stile through the boundary wall, they moved towards me as one. I turned to yell at them, waving my arms about like a windmill and that made them visibly hesitate but it was only a brief delay.

I guess they thought I was a farmer with salt or food supplements to dish out. It was  a relief to get into the next field where another herd was waiting. 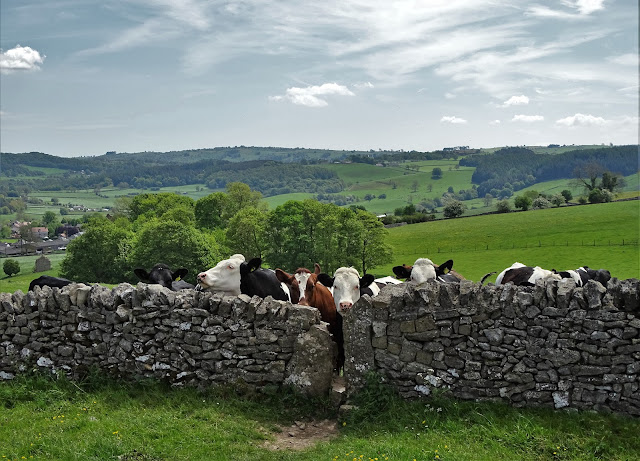 After passing through a large  eighteenth century farm complex called Meadow Place Grange, I descended to Lathkill Dale - a beautiful valley that bisects the landscape and contains the very lucid River Lathkill. I walked beside it for half a mile before climbing up the opposite side of the valley. 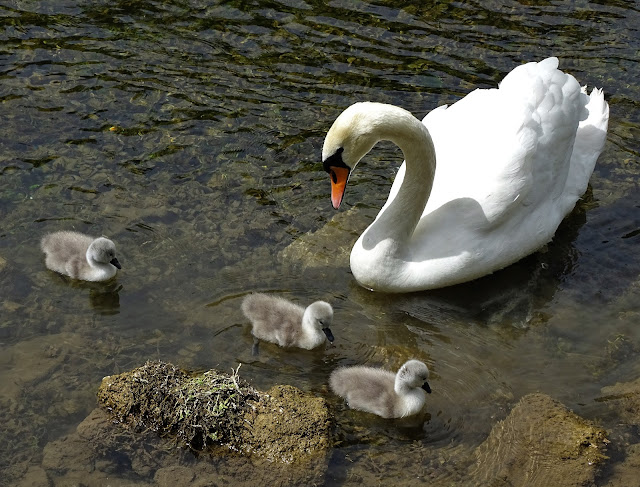 Later, back in Youlgreave, I entered All Saints - the parish church. I photographed the stone carving of a pilgrim set in the north wall. It was created in the middle of the twelfth century - around 1150. Approaching the altar and between the choir stalls there is the alabaster tomb of a local landowner who was killed during an argument in 1488. He was Thomas Cockayne. I would suggest that his tomb must  get in the way of many church activities. It is very unusual to find a chancel obstructed in this way. 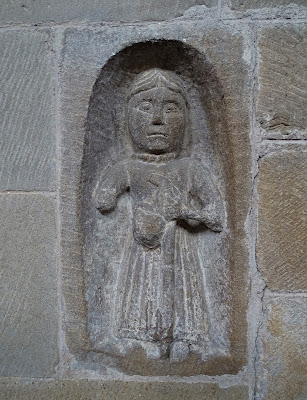 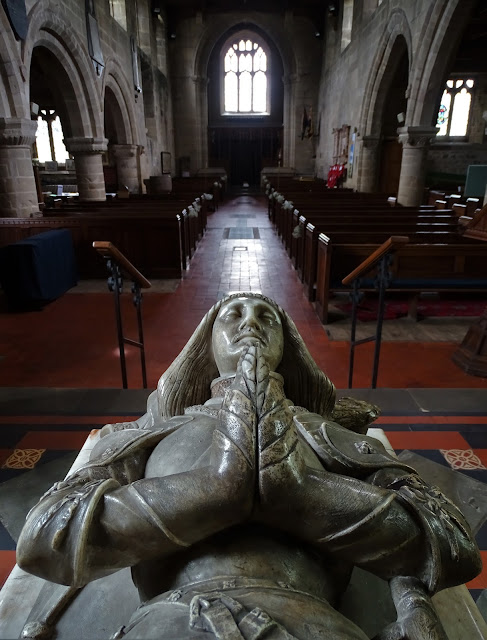