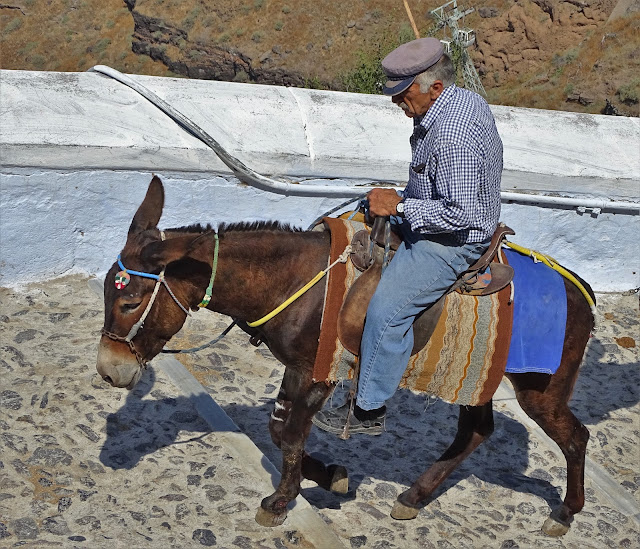 The capital of Santorini is the little town of Thira. It sits perched on the edge of what was once a massive volcanic crater. In past times, ships that arrived at the island anchored within the crater below the precipitous cliffs. Many arriving travellers made their way up to the town along a winding track - often on the backs of donkeys and mules. 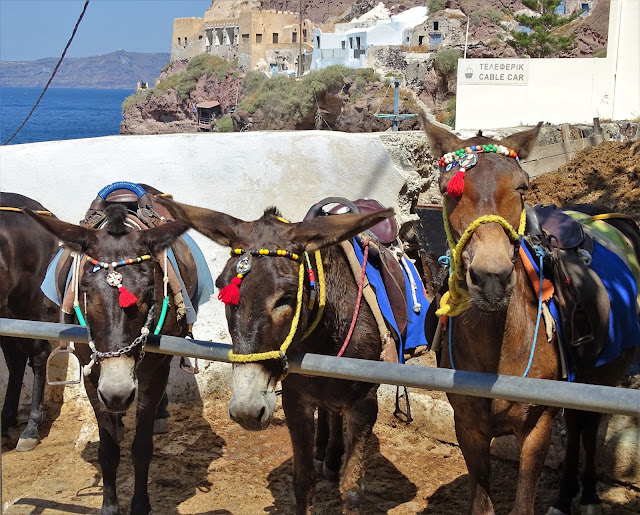 Today, Shirley and I descended the zigzag track on foot, not realising the potential for danger that lay just ahead. There must have been a hundred donkeys and mules working that path. Sometimes they galloped down in teams of six or eight. At other times they trudged up carrying tourists. It was all harum scarum and in the cobbles of the narrow track much malodorous donkey crap had accumulated, 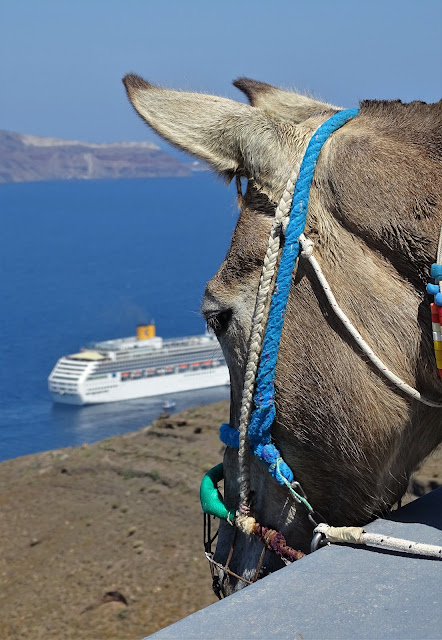 Amongst the teams were muleteers with sticks to whip the flanks of the unfortunate creatures. It all seemed so cruel and unnecessary to us but as we were walking down to the old port we were mostly thinking about survival - pressing ourselves against walls and hoping that the beasts of burden wouldn't career into us or stand on our feet or kick us. 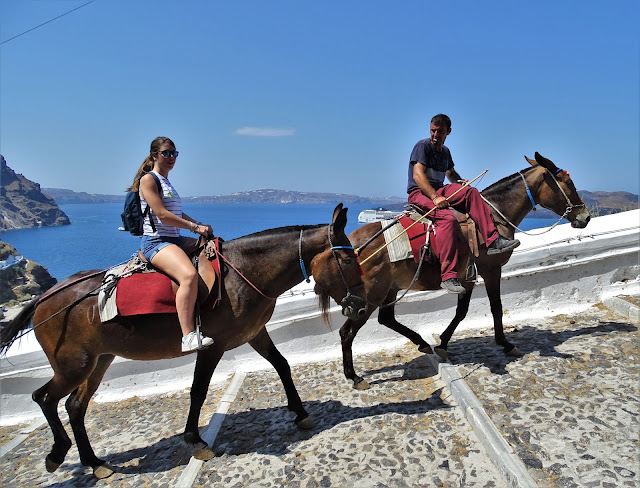 We were very glad to get to the bottom unscathed and to return to the crater's rim we opted for the cable car instead. That did not exist when I last visited the island and there were certainly not so many animals working the pathway back in 1980. I am sorry that my photos do not convey a true sense of the danger we encountered. 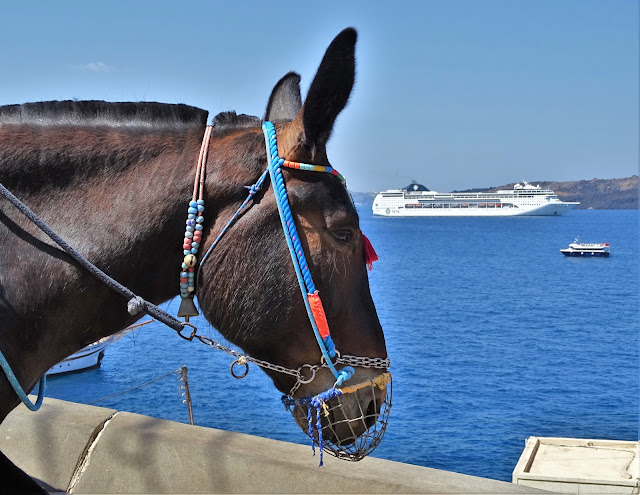