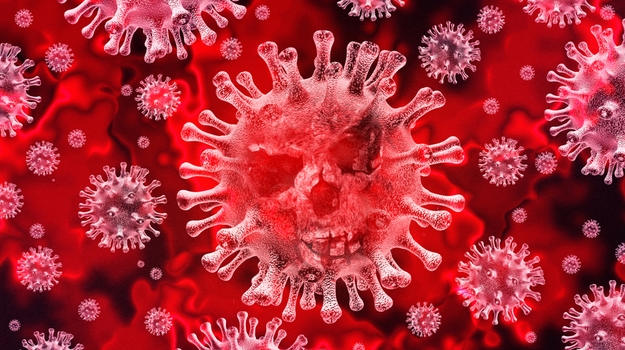 The news is all of coronavirus these days. It continues to sneak invisibly around the planet like a witch's death spell. It has leaked into Bhutan and Brunei, Gibraltar and The Vatican. It's like we have all been involuntarily entered into a worldwide lottery though the jackpot prize is not a shed load of banknotes, it is something else entirely. Prepare to Meet Thy Maker folks!

These are the current statistics from Britain - 321 cases, 5 dead, 18 recovered. It's going to get worse, much worse before it gets better. You only have to look at Italy - 9172 cases, 463 dead, 724 recovered. The country is now in a kind of lock down. British Airways have just cancelled all flights in and out of Italy.

Meantime, over in the USA, Trump's response to coronavirus has been absurd. He tries to make political capital out of the crisis. In a recent off-the-cuff interview he was bragging that he should have been a virologist or some other kind of scientist. Maybe if he wasn't being president he would have sorted out the problem. His inflated opinion of himself is as breathtaking as it is unjustifiable. What a clown! This is no way to lead a great nation during a health crisis.

Questions are being asked about the accuracy and validity of COVID-19 statistics emanating from the USA. How much testing is happening and how is it being organised? It plainly cannot be easy to organise a comprehensive and effective testing programme in a country of 327 million when public health systems are broken and access is based on wealth not health. Current declared US stats - 729 cases, 27 dead, 15 recovered.

In the background, I imagine that Trump's on the phone urging government agencies to suppress the true figures as he looks to secure a second term in The White House. It's bad enough that shares crashed in Wall Street yesterday. He didn't need that did he?

At a personal level, Shirley and I decided not to click the "pay" button when looking at an Eastertime holiday on the island of Madeira. One of our daughter's best friends is meant to be getting married in Seville, Spain over Easter. The arrangements are all in place but will it happen? COVID-19 may have other ideas. Current stats for Spain - 1235 cases, 31 dead, 32 recovered.