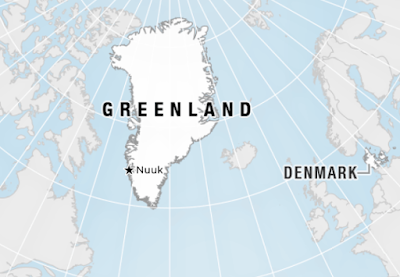 Not  Brownland, nor Yellowland - not even Redland but Greenland. Yes. Let us go there today, The photo illustrations will all be courtesy of Streetview.

I realise that many residents of Blogworld are geographically challenged but with a modicum of confidence  I will tentatively suggest that everybody has heard of Greenland! Furthermore, most of you will know that it is a stonking big island squeezed up against eastern Canada. and that its name is a mischievous deception. Surely it should have been Whiteland!

In terms of size, how does Greenland measure up? It has a land area of 836,300 square miles.  As you know, Australia is another massive island but at 2.97 million square miles it is more than three times larger than Greenland. However, Greenland is much bigger than Mexico or Alaska and almost ten times bigger than The United Kingdom of Great Britain and Northern Ireland.

Despite its vast size, the population of Greenland is only 56,770 - the same size as the towns of Loughborough in Leicestershire and Macclesfield in Cheshire. The vast majority or Greenlanders live in or around the capital city - Nuuk which means "tip".

Greenland is not an independent country. It is an autonomous Danish dependent territory with limited self-government via its own parliament. Denmark contributes two thirds of Greenland's budget revenue, the rest coming mainly from fishing.

I would love to visit Greenland in person but I don't suppose I ever will. Instead, let us board the Google Streetview car and go to Nuuk - virtually. 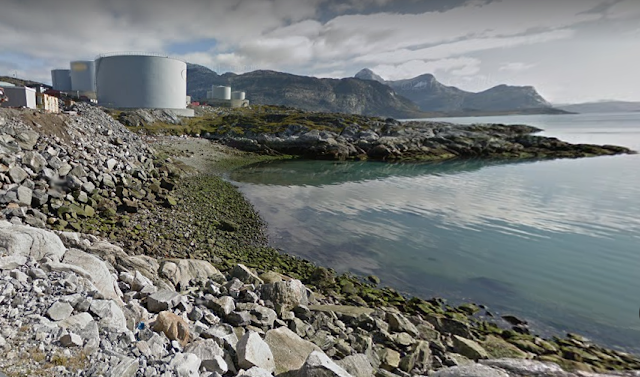 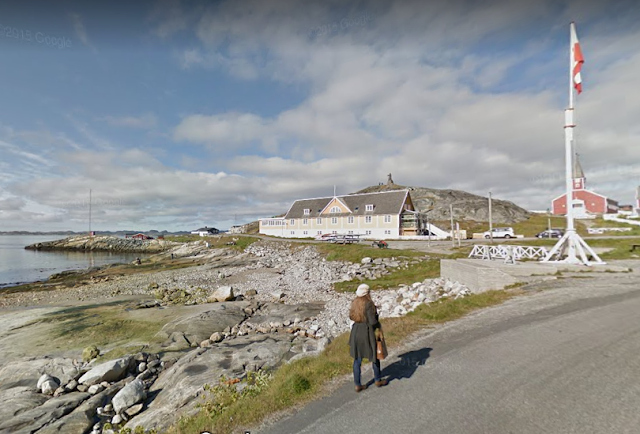 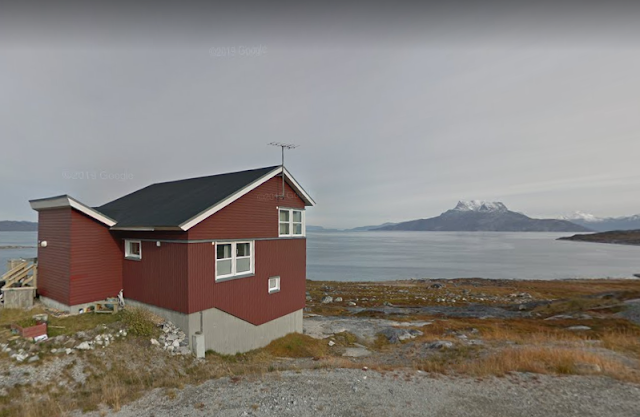 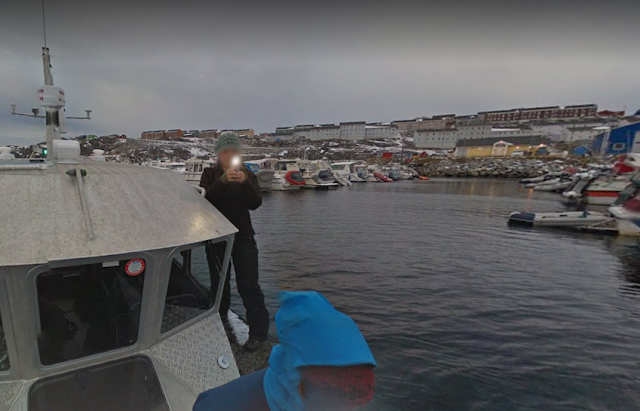