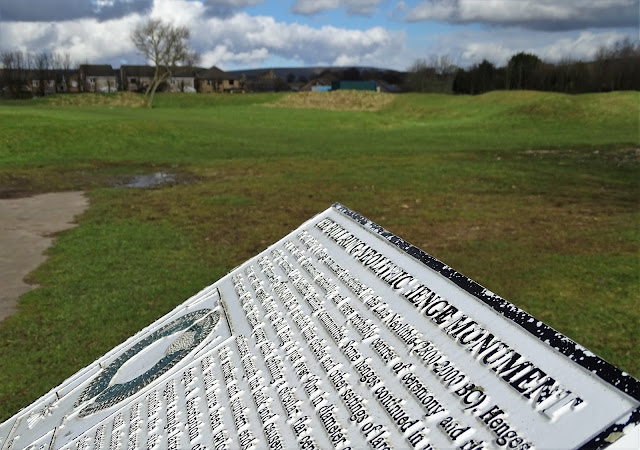 There's a village in Derbyshire called Dove Holes. Sounds nice doesn't it? A place where you will find doves cooing happily in the snug recesses of rock faces. But no - it's not like that. Earlier this millennium, a BBC survey deemed Dove Holes to be the worst English village to live in and the ugliest too.

I think that that label is totally unfair. Okay - I would not choose to live there myself - but there are far worse places in this country. The worst thing about Dove Holes is the busy A6 road that cuts right through it. Another negative is that although more than a thousand people live there, the village does not have a shop. Two churches, a school, a pub, a railway station and a massive limestone quarry - but no shop.

Oh - and another thing Dove Holes has got is a significant neolithic henge. Once a circle of standing stones would have graced the circular mounds for mysterious purposes. It is amazing that the mounds have survived for some five thousand years. Surely a  village that boasts such an ancient site cannot possibly be the worst place in England. They call the circles The Bull Ring.

At the top you can see a picture I took on Monday and below an aerial view of The Bull Ring which I took from my helicopter. Only kidding:- 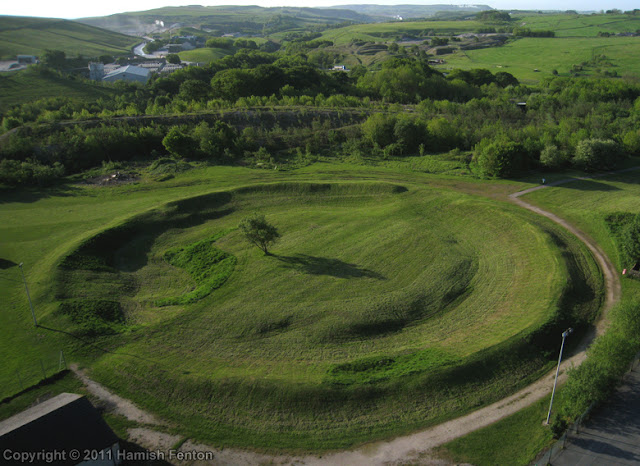 After checking out the henge with wonder, my Ordnance Survey map led me out of the village up to the western edge of the same vast limestone quarry I snapped in last week's snow. You might remember.

I plodded in a big circle back to the dozing Clint parked by Dove Holes Village Hall. From the west, over Coombs Moor,  a wintry shower was approaching. For ten minutes it pelted me with little bullets of snow, making my cheeks sting. 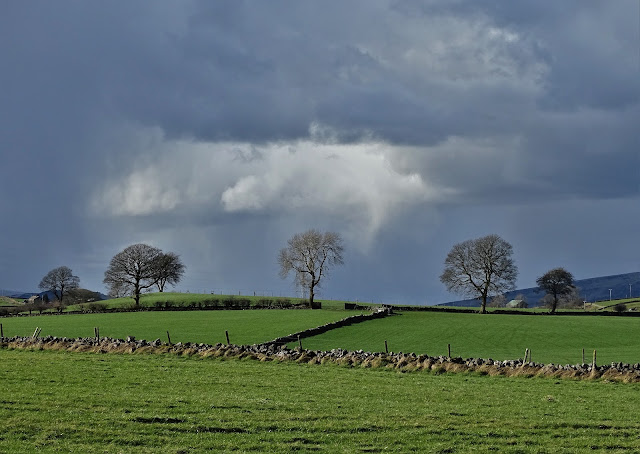 Limestone working around Dove Holes goes back many years as can be deduced from the picture below. To the left on the raised ground you can see a recent housing development. 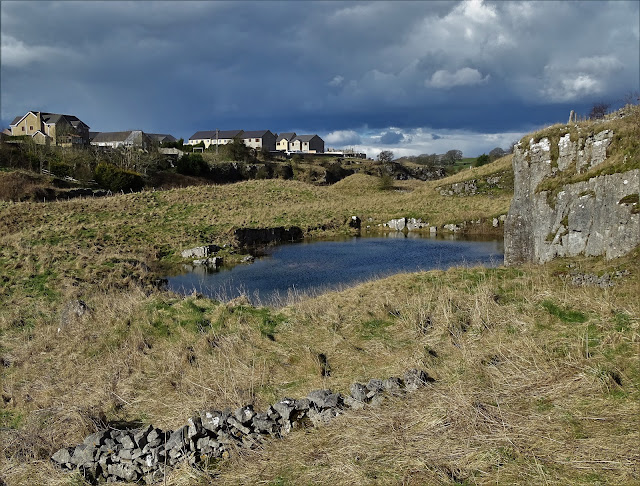 But here we are back at the huge Dove Holes Limestone Quarry. I am close to the rim but a fence prevents me from getting closer. Just beyond those rocks there's a massive man-made cliff that drops down to deep lakes created by years of quarrying. The quarry is the largest in England and is now operated by a multi-national organisation called Cemex. Most of the company's products are used in construction and road building.

Lord knows what the people who created The Bull Ring would have made of it all. 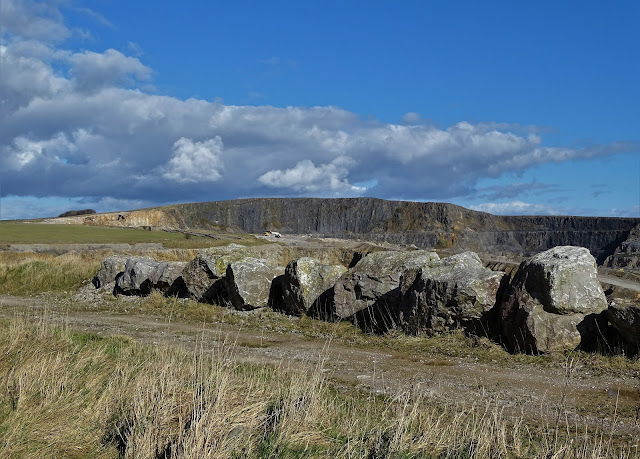