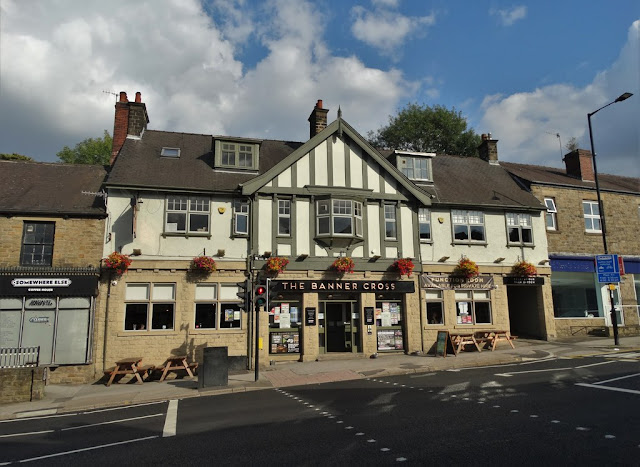 Thursday night at eleven thirty. There was just a handful of regulars in "The Banner Cross Hotel". It was almost time to leave. Little did we know that in less than twenty four hours all British pubs, cafes and restaurants would be shut down by order of Her Majesty's government. Nothing like this happened in the twentieth century. Even in the dark days of the two world wars our pubs remained open.

The friendly barman, Birmingham Jack had been playing requests via his i-phone connected to the pub's sound system.

As my friend 83 year old Bert donned his overcoat he began to sing as he often does, "We'll Meet Again" made famous by wartime songstress Vera Lynn. Bert was twirling his walking stick and as he sang Birmingham Jack found the song on his phone. In an instant it was playing through the speakers.

Supporting Bert's performance and painfully aware of the historical moment we are living in, we all joined in with the singing. Intermittently, Steve and I were crooning at full volume. We were all laughing and connecting with each other via eye contact. And there was smiley, kind-hearted, fun-loving, gregarious Bert leaning on the bar, in his element. Singing his favourite song at closing time. It is an image that will stay with me.

With his rheumy eyes sparkling he often says, half-singing "You'll miss me when I'm gone!" and I know I will. It occurs to me that I might not see him again what with the virus and the fact that though we are good friends we don't even have each other's phone numbers. We have been pub friends for thirty years. "We'll meet again", sang Vera Lynn but maybe we won't.
- March 21, 2020