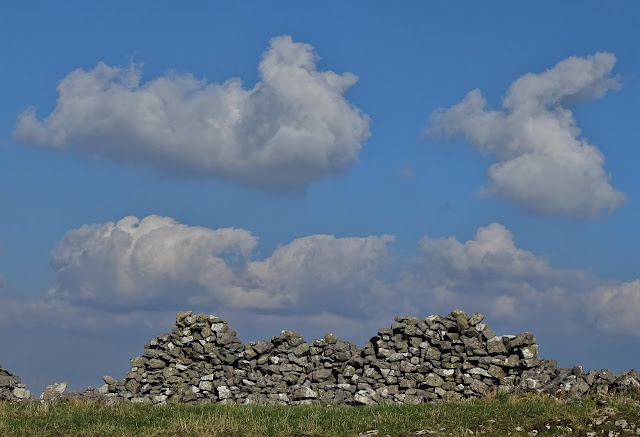 Above, near Chelmorton Flatt Farm, a rabbit cloud (right) prepares  to do battle with a duck cloud (left). above a tumbledown limestone wall. Like the other four pictures in this batch, I snapped the photograph on Friday afternoon as I was rambling east of Buxton in North Derbyshire.

Below you can see Burrs Farm which you may find in the map I added to the bottom of yesterday's blogpost. What a peaceful place to live - on a high limestone plateau but close to the rather lovely village of Chelmorton. 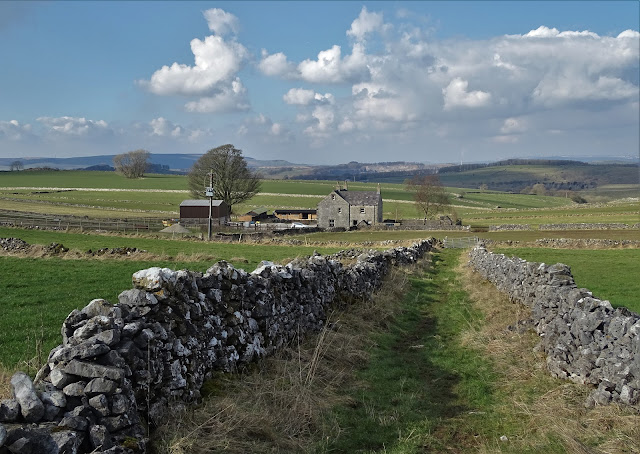 Below - in another lovely village called Wormhill I took this picture of St Margaret's Church. It has an unusual tower with an almost unique roof in  a German or Rheinish Helm style. This was not a feature of the original thirteenth century design. The tower was remodelled in 1670. Unfortunately, the church doors were locked so I was unable to snoop around inside. 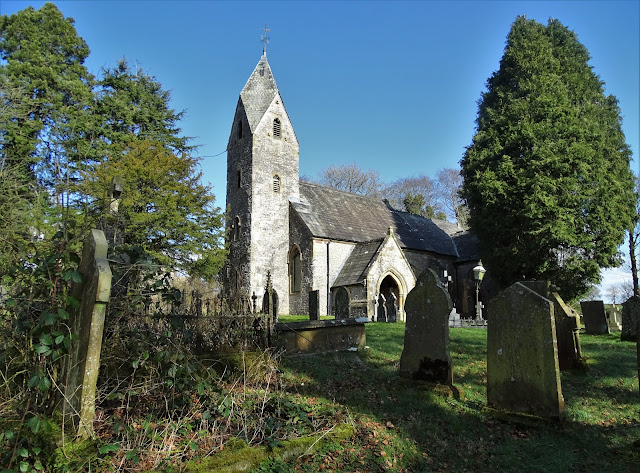 Leaving Wormhill, I plodded west to another vast limestone quarry at Tunstead. Along the way I took the next picture of a tree and the limestone wall that bordered the track for half a mile. The colours  on  Friday were so clear and true but within an hour evening was beginning to elbow its way in. 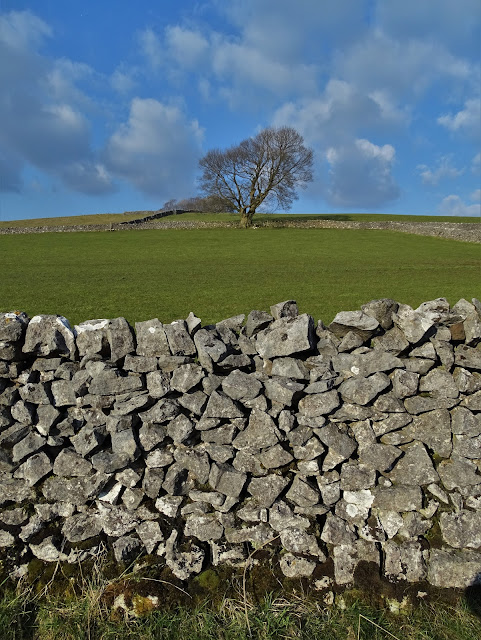 And I took this last picture of a blast shelter above Tunstead Quarry in fading light. When blasting is forewarned by sirens from the quarry below, walkers and quarrymen are advised to shelter in these concrete igloos. It did not contain a fridge filled with an array of alcoholic drinks nor a flat screen TV and an easy chair. In fact it smelt vaguely of urine. 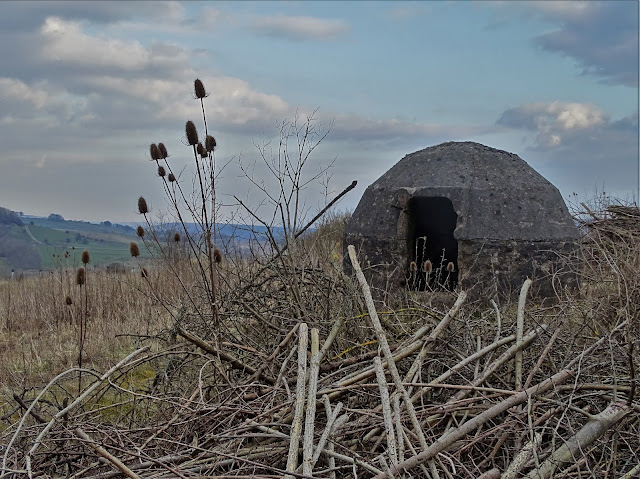