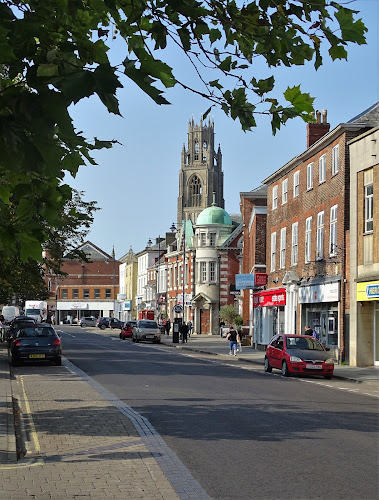 The tower of St Botolph's Church rising above Boston
The town of Boston sits on the seaward edge of the most fertile and productive  farmland in England. In modern times it has seen an invasion of farm labourers from Eastern Europe. That was very evident when we strolled around the town today. There was even a large Polish supermarket and a Bulgarian restaurant. No doubt the character of Boston is much changed because of this influx from The European Union's poorest nations.

Rising above Boston like a lighthouse is the tower of St Botolph's Church. It dominates the landscape and guides ships into the town's port. It took seventy years to construct and apart from anything else it is a monument to the town's past wealth when it was key to the thriving woollen  industry of The Middle Ages. Millions of bales of wool were shipped from Boston to The Low Countries across The North Sea. It was England's second busiest port after London.

Although it was free to enter the magnificent church, we had to pay £5 each to ascend the tower that is generally known as The Stump. It was like entering a thin stone tube. There were 365 spiralling stone steps and all that you had to hang onto was a rope. We were the only climbers. 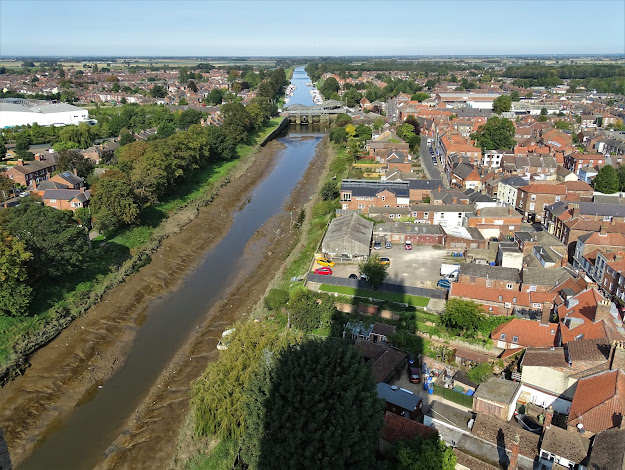 The effort was worth it. On another bright, summery day we looked  north,  south, east and west from The Stump - over Boston itself, South Lincolnshire and out towards the sea. It was from Boston's haven that The Pilgrim Fathers first set forth to Holland and then a few years later they sailed to Massachusetts, still clinging to their puritanism like a life raft.

After scaling St Botolph's we decided to have an early lunch at a Wetherspoons pub called "The Moon Under Water". I was advised to go there by my blog chum Dave from County Cork in Ireland. Just for Dave, I drank a foaming pint of John Smith's bitter and ate my very first "Beyond" burger -  very meaty but made entirely from plants - and while we are on that subject, look at what we saw in the Boston branch of Waterstones book store:- 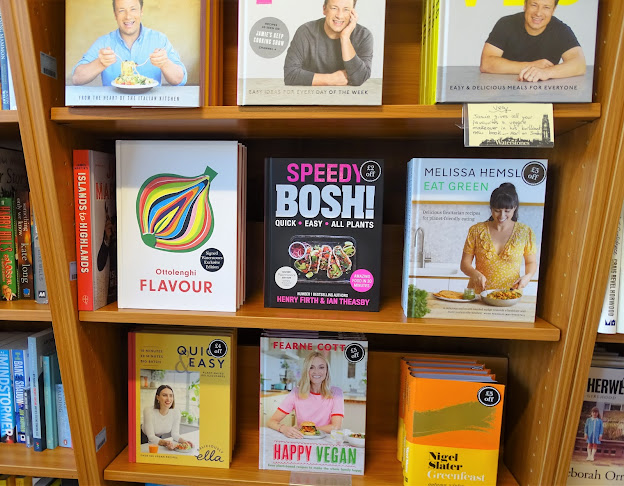 "Speedy Bosh!" hit the shelves for the first time today.