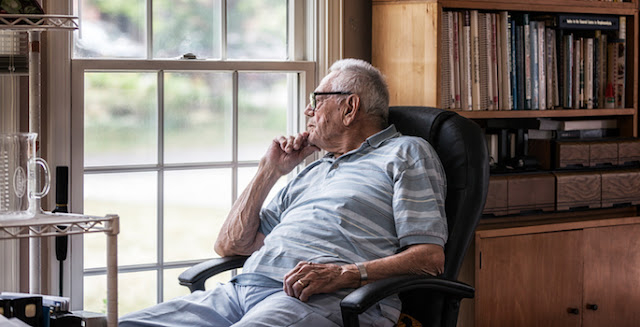 LETTER TO MY FUTURE SELF...

It's the beginning of September and the year is twenty-twenty. I thought it would be a good time to check in with you as you sit there looking out of your window. The leaves are turning and you know that there is only infinity ahead - that black, witless tunnel where we all go when life ends. You are not afraid.

You will recall that twenty-twenty was the year of the great plague - the one they called Corona. She swept across the globe with her  invisible scythe. In April of that year, the streets of England were deserted. It was like a film about some apocalypse with all the people gone. You walked along a moorland track to a remote grouse shooters' cabin and did not see another human being.

That was in the days when Trump was the American president, before the American people booted him out in favour of the Democrat - Joe Biden. You know the one I mean. He died in office and was replaced by Kamala Harris, the first female president. Erasing Trump's divisive legacy was more challenging than tackling Corona. Some scars never heal. They remain to remind us of ugly confrontations down dark alleyways or upon the fields of war.

In those days, Britain's political leader was Johnson. You may remember the scandal that led to his reluctant resignation. He had to go. But like Trump over in The States, he left a bitter legacy behind. It is said that he now spends most of his time in Dubai, surveying The Persian Gulf from his luxury penthouse. Still grumbling and mumbling. Still in a state of denial. "The King of the World".

You tried to be a good man living lawfully and happily, generally at peace though sometimes anger would boil up in you, frothing and steaming like one of those sulphurous pools you wandered round in Iceland in 1991. You couldn't help it. This was part of your nature. Fundamentally, can we change who we are? Somehow I doubt it.

You managed a blog for twenty years until your senility began to really kick in. You called it "Yorkshire Pudding". Visitors would come and go. Random people from all over the world. They became virtual friends. It was like an online party with guests chosen at random. As you now look out from your high-backed armchair upon the September trees with magpies squabbling on the lawn, perhaps you remember some of those visitors from far away...Red and Jennifer, Meike and Dave, John Gray, Steve and Mary Moon...

You may also remember the miles you plodded up hill and down dale, seeking photo opportunities and the sweet fatigue that comes after a long walk. In retirement you saw so much beauty in these islands on the eastern edge of The North Atlantic Ocean.

But now you don't walk any more. You just stare out from your window. The weather changes day by day. Carers come and go. There are family visits but you don't speak. You don't even read any more. You just sit there waiting, wondering when the darkness will fall. Just another human being, one of billions.

Life. Life. Life. We only get one chance. One throw of the dice. Most of us wrestle with regrets, pondering the things we did not do, the paths we did not take, the words we cannot unspeak, the words we didn't say. You were born under the constellation known as Libra. The scales. In the end we weigh up profit and loss, mark how things balance out. And for you it was okay old man. In the final analysis, you did okay.

Close your eyes and sleep the dreamless sleep. You did okay. What more can I say?