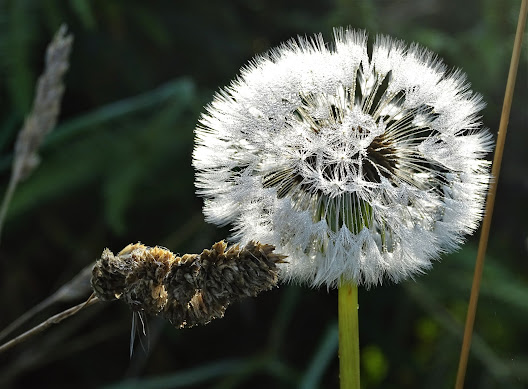 More pictures from Monday - the day that a red grouse kindly posed for pictures.

I had woken up far too early. Could not get back to sleep so showered, filled my flask with water, grabbed a banana and my car keys and headed west. Over the hills to Glossop.

"What the hell is going on?" grumbled Clint - unused to such early starts.

I  parked him safely on Whitfield Avenue, donned my boots and had set off walking before 9am. I noticed an old building with a big plaque in the middle of the first floor. It was once The Joseph Hague School but now it is two residential properties. Here's the former school:- 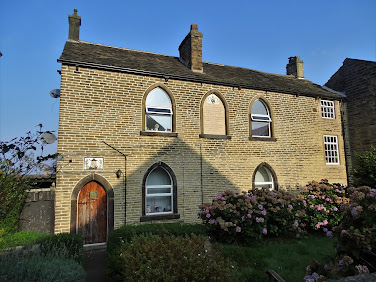 And here's a close-up of the plaque. If only all wealthy people were so public-spirited:- 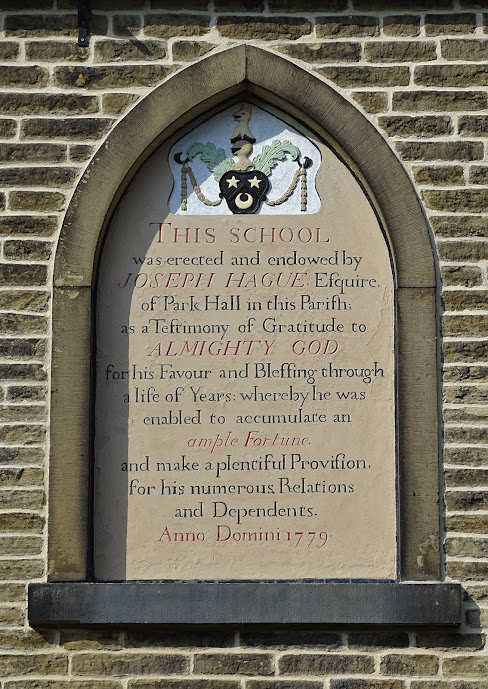 Soon the moors were rearing up in front of me. Because I was on my own  I could plod along at my own pace, resting occasionally to catch my breath. After passing a remote grouse shooters' cabin, I reached the triangulation pillar on Chunal Moor. 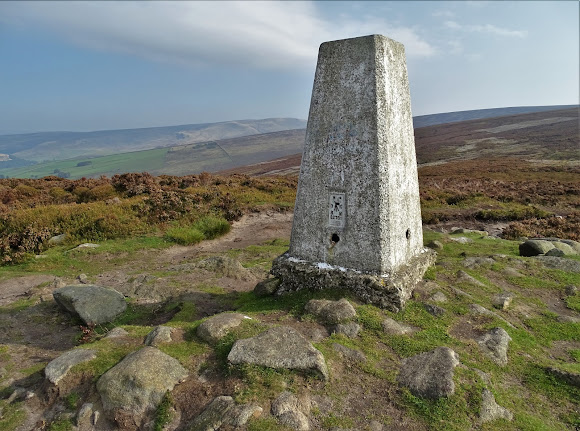 I sat by the pillar, unpeeled my banana and unscrewed my stainless steel flask. It was good to sit up there with not another human being in sight, enjoying the last summery morning of the year.

Soon I was descending the moors. I met another lone walker - a Lithuanian woman who was panting up the hill, getting her ten thousand steps in. We stopped to talk for a while. She was a nice person with a happy demeanour. I said as I sometimes do, "It was nice to meet you".

And then I reached The Worm Rocks:- 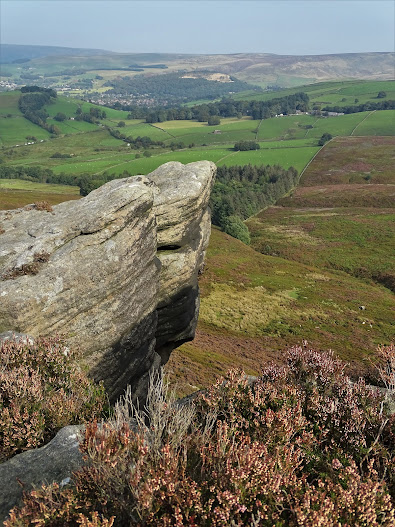 In "The Four Quartets" Thomas Stearns Eliot wrote, "In my beginning is my end" and so it is with this particular blogpost. Earlier in the morning I had stopped by Ladybower Reservoir to take this picture:- 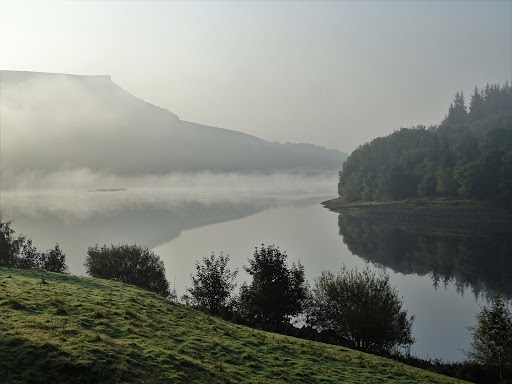