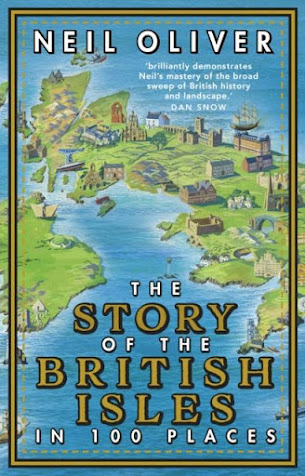 Neil Oliver is a Scottish  academic and TV presenter. He specialises in matters archaeological and historical and is passionate about both. His interest in the past can be quite infectious.

A couple of days ago I finished his four hundred page book "The Story of the British Isles in 100 Places". As the title perhaps suggests, each of the hundred chapters focuses on a different location in order to colour in the long history of this amazing archipelago on the edge of Europe.

Neil Oliver's style of writing is accessible, intimate and bubbles with enthusiasm for matters historical. Each time I picked up the book it was with a sense of eager anticipation. Turning the pages was never a chore.

However, I wish that the book's title has been "My Story of the British Isles in 100 Places" and not "The Story". I say that because there was a distinct bias towards Scottish locations and even in several of the chapters that were ostensibly focused on English, Welsh or Irish places the author often couldn't stop himself from weaving in Scottish connections.

Of the hundred "places", twenty two were in Scotland and only five in Yorkshire - even though Yorkshire has a larger population. And there were only eight chapters that focused upon Irish locations. I accept that Neil Oliver is a proud Scotsman but as a historian his nationalism ought to have been put aside - unless the book was to be titled "My Story..."  or perhaps it might have had an introduction in which the Caledonian bias was acknowledged.

There isn't a chapter on the historically important city of York or chapters on northern England's great industrial cities like Bradford, Manchester, Leeds and Sheffield. Queen Victoria is only mentioned in passing. Perhaps there could have been a chapter devoted to Windsor Castle. Britain's second city - Birmingham is also bypassed. And what about The Beatles' Liverpool? What about Stratford-upon-Avon? What about Sir Frank Whittle - inventor of the jet engine or Emily Pankhurst or The Jarrow Crusade? What about Epworth near Doncaster where Methodism was born?

Even the cover of "The Story of the British Isles in 100 Places" is biased towards Scotland. We are looking at an illustrated map of  these islands but it is Scotland that takes centre stage. That cannot be  co-incidental.

I was very involved with the book as I read it and I guess that if you are Scottish or have Scottish ancestry you will enjoy it even more than I did. It taught me many things and gave me much food for thought. 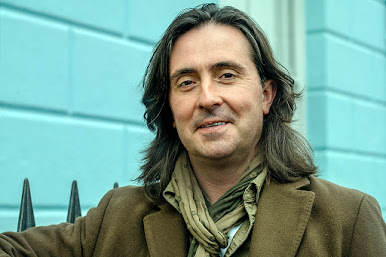