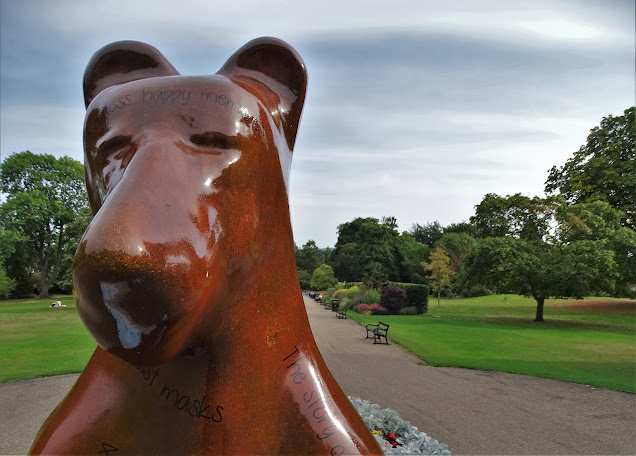 While I remember, let me recall Tuesday of this week. It was a very nice day but the next day promised to be even better so I planned my main walk of the week for Wednesday. On Tuesday, I stayed within the city and tramped over to Weston Park Museum before heading back to Ecclesall Road via The Botanical Gardens.

Weston Park Museum tells Sheffield's story very well. In addition to the permanent exhibits there are occasional temporary exhibitions and currently the museum is hosting  a couple of photographic shows. To be frank I found them a little  disappointing in their predictability. It's nice to be enthralled and surprised and I didn't get that. However, here's two of the best pictures I spotted. 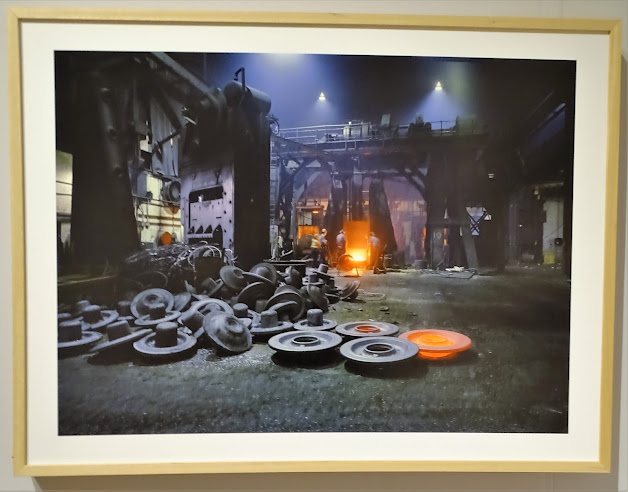 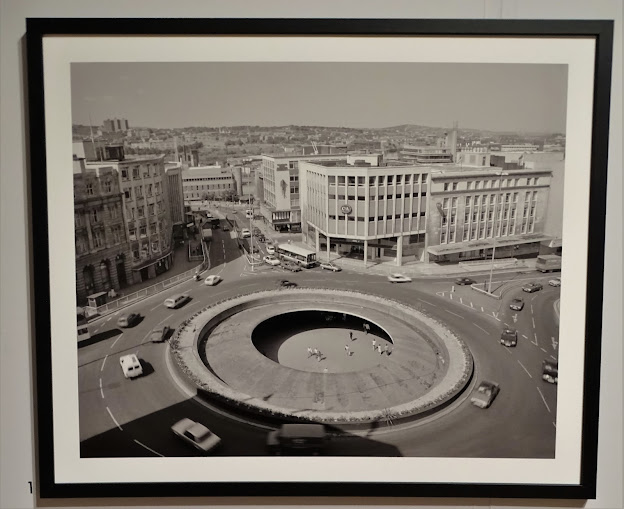 The first one reminds onlookers of Sheffield's proud steel making  heritage and the second one reminds visitors of how the city centre was rebuilt after the devastation of World War II. Officially called Castle Square but informally known  as "The Hole in the Road", the roundabout's lid concealed an underground world of shops and subways. benches, flower beds and an aquarium. It was the true heart of the city. Sadly it is no more. I once wrote a song about its passing:-

Look what they've done to The Hole in the Road
Look what they've done to this town
We used to meet on one of those seats
Down in The Hole in the Road
A few hundred yards from The Botanical Gardens I met a thin man of Pakistani origin. He was around my age and though he had lived in Sheffield for quarter of a century he had never  been to The Botanical Gardens before. He was hoping to bring his family there.
I guided him along Clarkehouse Road and led him into the gardens. He was a pleasant, gentle man and he told me something of his early life  - growing up in  the city of Lahore in a Christian family. He told me that as the years passed he and his family had faced growing intolerance from Islamic fundamentalists till  they made the agonising decision to leave and make their way to England. He said he had always felt safe here.
We saw two of "The Bears of Sheffield" modelled on  a steel bear that stands in the park's Victorian bear pit. These bears are all over the city just now - brightening urban locations as well as raising money for The Children's Hospital. The Pakistani man said that the park reminded him of The Shalimar Gardens in Lahore. We shook hands when we parted on Ecclesall Road and I advised him which bus to catch. 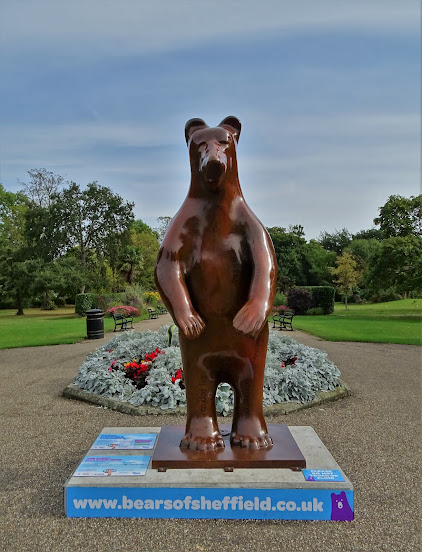