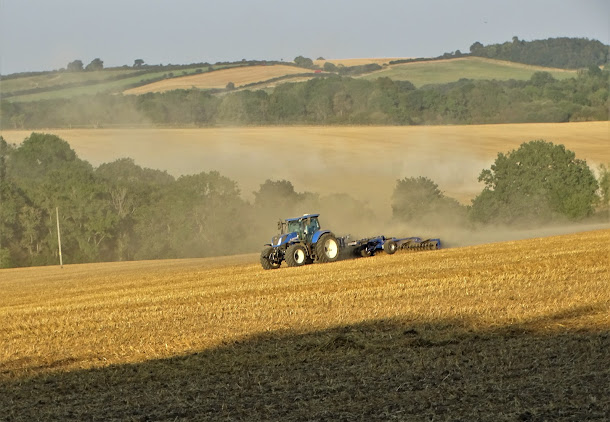 They say that our mini-heatwave will only last for one more day. I am sorry that I have not been visiting other people's blogs very much nor responding to comments as usual. There just hasn't been the time. I am writing this at 6am before going back to bed for another forty winks. Today we hope to visit Rutland Water - a vast reservoir in the heart of the smallest county.

Yesterday, we visited Foxton Locks on The Grand Union Canal. Constructed in the early nineteenth century, the ten locks form a  kind of staircase for narrow boats. Nowadays the traffic is all about leisure but once the locks were all about trade and commerce. The Grand Union Canal became a vital economic artery long before the railways. 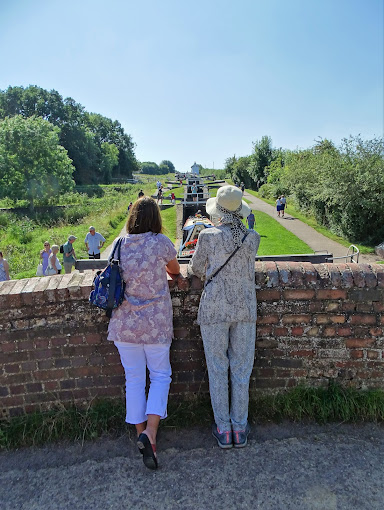 After Foxton Locks, Clint took us to Market Harborough where we mooched around in the sunshine, visited a few shops and had lunch in a Wetherspoons pub called "The Sugar Loaf" - named after the grocery store that once occupied the site. Apparently, it was where townsfolk bought their precious sweetener, scraped from hardened pinnacles of sugar. I never knew about this custom. Nowadays we take bags of refined sugar for granted but once the substance was both new and relatively expensive. 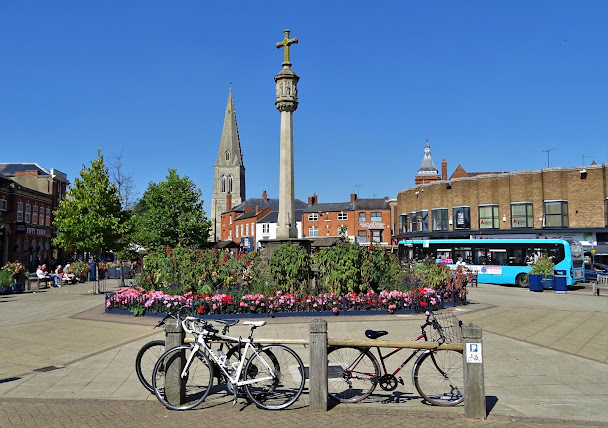 After stocking up with provisions in the Sainsburys superstore, we headed back to Tugby. Before our evening meal, I  went for a short walk in nearby farmland to capture  a "Geograph" square I had previously missed. See the top picture. A farmer is harrowing a harvested wheatfield. It is, I think,  a quintessential image of rural England at the very end of summer as autumn gradually assumes its annual position. 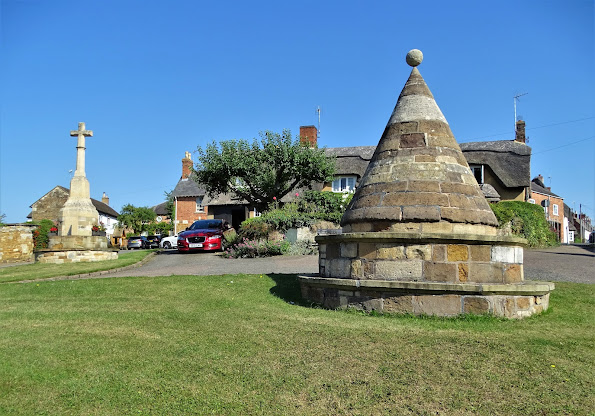 Also seen yesterday - the butter cross (on the right) in the village of Hallaton
- September 08, 2021