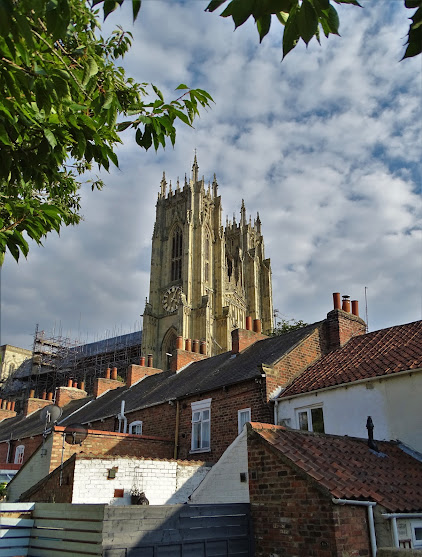 Clint was deposited at the "Park and Ride" car park  at Hessle west of Hull. I rode on a double decker bus to the stadium and headed to a little Polish cafe on Anlaby Road. We have met up there countless times before.  It was a lovely, sunny morning so we bagged one of the picnic tables in the small enclosed garden at the back. "We" meant me and Tony and Karl.

We had what the young Polish café proprietors call British breakfasts as opposed to the Polish breakfasts that are also on the menu. We drank mugs of tea.

The game began promisingly for The Tigers but well, one thing led to another and we ended up losing the match by three goals to one. It might have been so different if  fortune had been on our side. The result cast a shadow over the weekend. It's crazy I know but a victory always puts a smile on my face  and the world seems like a much better place for a day or two. It is the opposite of that when we lose.

Back in the town of Beverley six miles north of Hull, Tony and I went walking. First we headed to the  allotment that he and his wife Pauline have been working on for the past eighteen months. We sat in the afternoon sunshine drinking tea from a flask after picking the last of the raspberries. 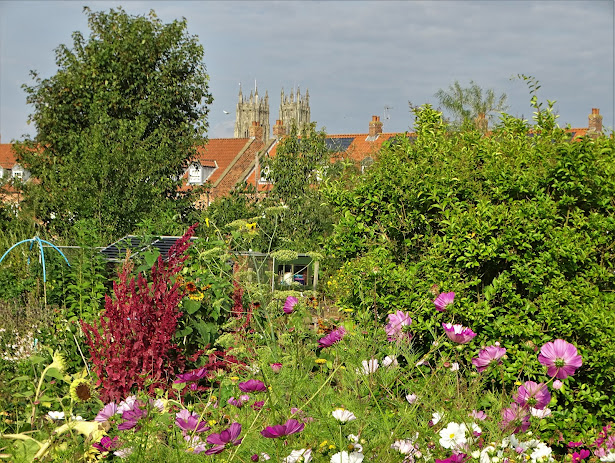 Then we walked along Beverley Beck to the point where it meets The River Hull. Beverley Beck is really a short canal. It was dug in medieval times and along it the limestone for Beverley Minster's construction was brought in barges. Beverley Minster is a truly magnificent church built between 1220 and 1425 and it still stands in testimony to the town's medieval importance.

At the end of  Beverley Beck there is a small marina and in there - I kid you not - there's a silver submarine. It has been there for years. If the skipper shouts "Down! Down!" the submarine won't be going far - perhaps no more than five feet! 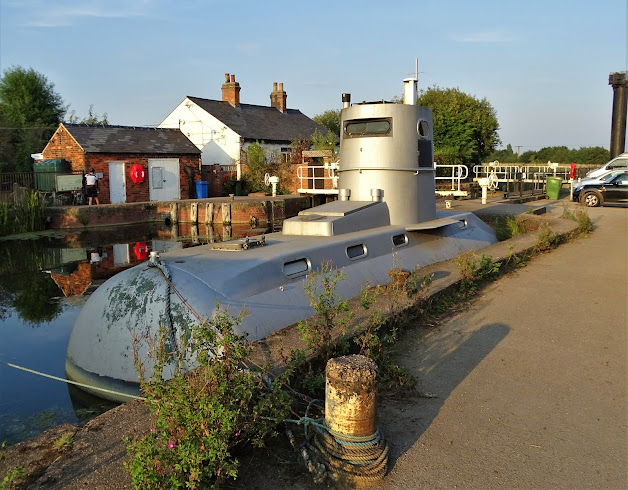 Submarine at the end of Beverley Beck

Pauline was heading out to Hull for a little soiree with some of her nursing colleagues so Tony and I visited one of the best pubs in the world. It's real name is "The White Horse" but everyone around Beverley knows it as Nellie's. I first had a beer in there over fifty years ago. It hasn't changed much though on Saturday night I noticed that it was not heaving with customers. It still retains its authentic Victorian appearance.

Then we went on for a delicious late curry at "The Windmill Inn"  before heading back to Tony's house for "Match of the Day" on the television. 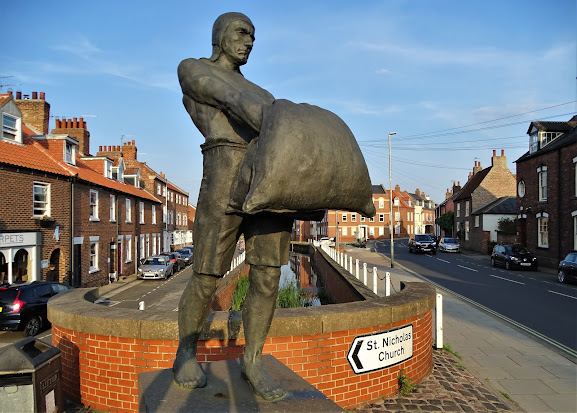 In the morning, Tony made a slap up breakfast as our endless conversation continued. Then I whipped Clint's silver buttocks, galloping back west to Sheffield. However, before leaving the East Riding of Yorkshire, that land of my heart, I made an interesting diversion - to a vineyard! It was the Little Wold vineyard near South Cave on the edge of the chalky Yorkshire Wolds. There I bought a bottle of  the Barley Hill White (2020). Shirley and I have drunk it  before and it's excellent. Mind you it needs to be at £15 a bottle.

Apart from what happened on the football pitch, this was a great weekend. It was nice to  be back in the very town where I went to school between the ages of sixteen and eighteen - Beverley Grammar School, on the edge of The Westwood. Like coming home. 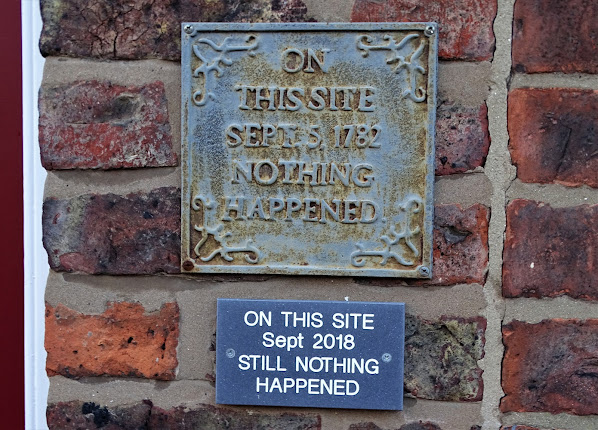