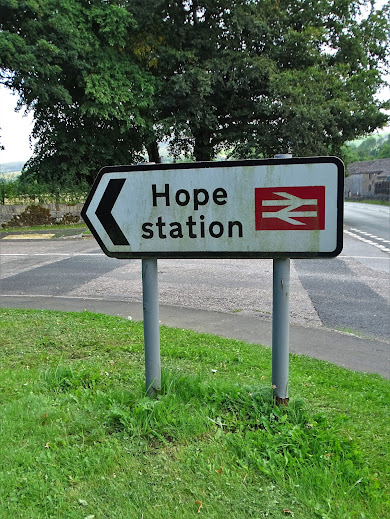 Of course William Jefferson Clinton, the 42nd president of America, was born in  a place called Hope in Arkansas. He was well aware of the poetic possibilities of that place name. In 1992 he said, "I still believe in a place called Hope".

Long term visitors to this blog may remember that there's another place called Hope in England. It sits in the centre of The Hope Valley - just five miles from this keyboard. I have often been there and I guess that I have walked every path in that green valley. 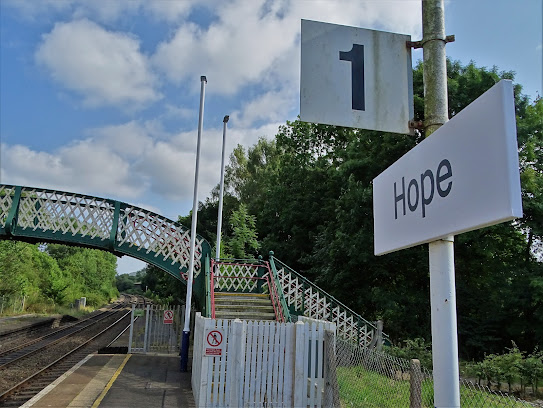 Yesterday, I was in Hope once more. I parked Clint near the village's little country station. It is on the line between Sheffield and Manchester. There were nine other cars parked there.

Soon I was heading up the valley side -  on my way to the hamlet of Aston - then up the narrow lane to Edge Farm where I paused upon a convenient memorial bench to look at the view while chomping on the juicy apple I had squeezed into my camera case.

Then more upward motion before turning down to Twitchill Farm. There I spotted a sign on the gate: "DO NOT  STOP IN THE FARMYARD". Of course I was on a public footpath so I made a point of stopping in the farmyard and checking out the three holiday cottages there.

Soon I was back in Hope walking by The River Noe - depleted by the dryness of this disappearing summer. The familiar grey canopy above had been prised open by sunshine and the world was now once again in technicolour. Let's hope that it stays that way for our cottage holiday in Leicestershire - beginning later today. 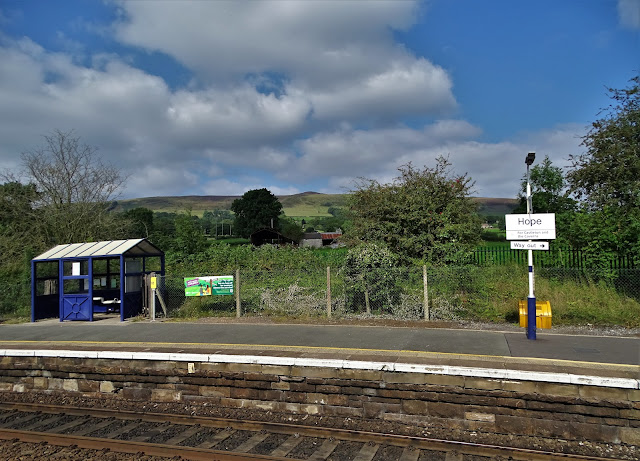