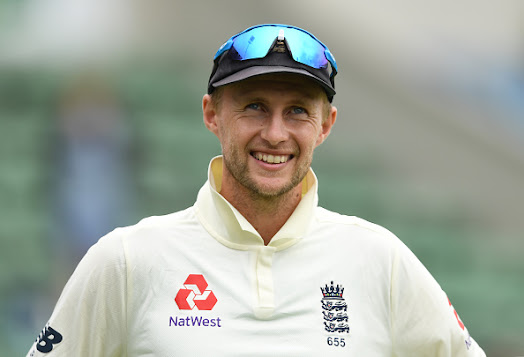 Yesterday, we went for breakfast in a restaurant called "The Summer House". After a few minutes,  a young family followed us in and sat at the very next table. Who was the thirty something daddy in his comfy sports clothes and with his navy blue baseball cap casually reversed? Why! It was none other than Joe Root!

Joe Root is one of the best cricketers in the world and he is the current captain of  the England team. He is a very prolific run scorer having notched twenty three centuries in his test match career and sixteen centuries in one day internationals. Some say that he is the best batsman that England has ever produced. He is a Yorkshireman who hails from Sheffield. He lives a mile away from "The Summer House".

As soon as Joe spotted me he naturally wanted to snap a selfie together. I told him that it wasn't appropriate as I was having a birthday  breakfast with my family. Joe slunk away in disappointment. After all, it's not every day that a mere test cricketer gets to meet a world famous blogger.