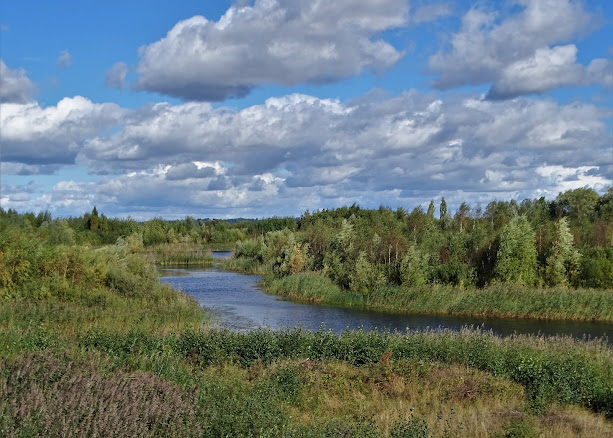 I like to get at least one long walk in every week. After all, walking is pretty much the only exercise I get these days but fortunately I love it. Not much can beat the feeling of sheer fatigue after a long walk when you can slake your thirst with cold water and check over your map to see how many miles you have covered.

Today I parked Clint in the village of Lound in Nottinghamshire - just north of Retford. East of the village there are several lakes and ponds that are a remnant of sand and gravel quarrying in days gone by. Mother Nature has done her best to reclaim this landscape and nowadays it is a haven for wild birds. Two miles beyond the nature reserve you reach a narrow river that was navigable in medieval times. It is called The River Idle. 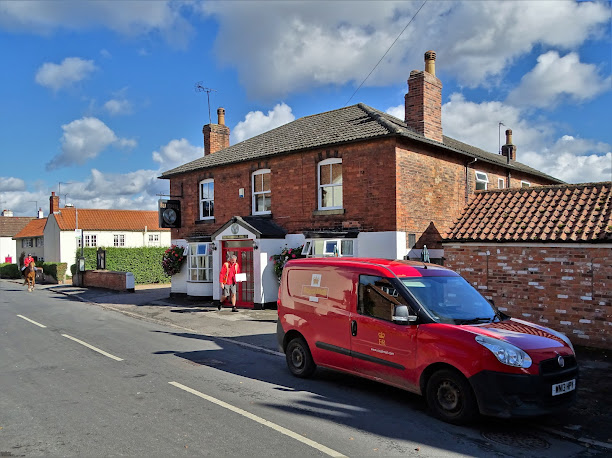 The pub and a Royal Mail van in Lound

I walked by the meandering river for a further mile and a half before crossing a convenient foot bridge that led me to the north of the watery world I had just traversed. At a bench with a view, I met a genial gentleman called  Michael from Misterton. Neatly dressed in "Craghoppers" outdoor gear and with a mop of silver hair, he was clutching a pair of binoculars though he wasn't obsessive about ornithology. He told me that his wife died from COVID last year and I sensed that he wanted to talk so I gave him some time. There was a lightness about his character that I liked though we exchanged some serious thoughts about the environment. 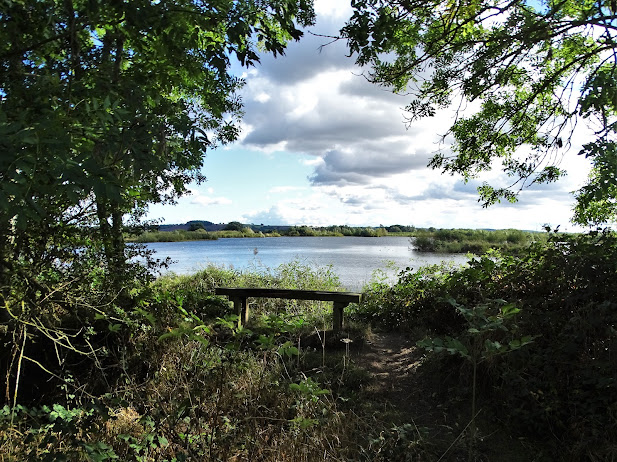 Where I met Michael

Leaving Michael, I tramped to remote Wildgoose Farm  and then headed for Blaco Hill before arcing back across farmland and along quiet lanes to Lound.

It was a lovely day but with a little autumnal chill in the air. Most fields that needed harvesting have been attended to though there were still some swathes of maize and carrots holding on till October. Once reconnected with Clint, we travelled home via Bawtry, Tickhill and Maltby.

The radio news was of The Labour Party's annual conference in Brighton - specifically the keynote speech of Sir Keir Starmer, the party's relatively new leader. I thought he came across well. He said that his late father had been a toolmaker and added there was a sense in which our current prime minister's father had also been a toolmaker! That made me laugh. 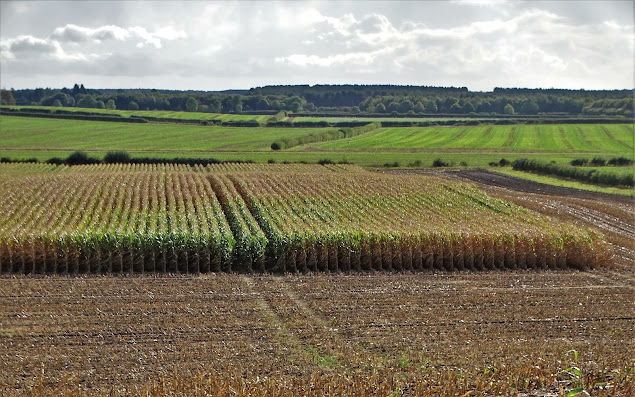