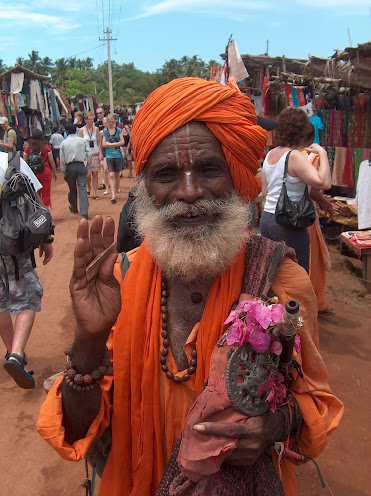 Once again, courtesy of my digital  photograph files, I am looking back to a year before the war pandemic. Today I am recalling 2008 - thirteen years ago. The happy fellow shown above was strolling around the market that Shirley and I visited in March of that year. We were in Goa in western India. Staying in a small hotel beyond the sand dunes of Candolim, we enjoyed a happy holiday which, if you are interested I blogged about here.
Early in May, I visited the west coast of Ireland - mostly to see my niece Katie and her then husband Seamus with their brand new baby girl - Cait. Hell, she'll be thirteen now... 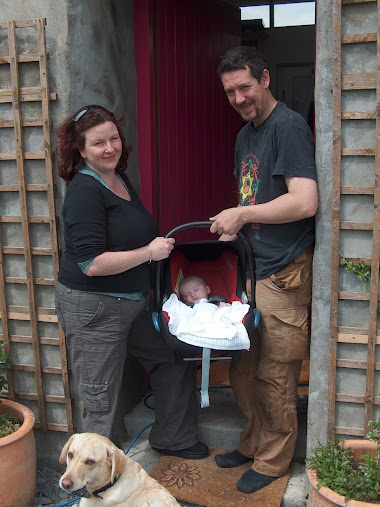 On the 24th of that same month, a dream came true for Hull City supporters everywhere. Down at Wembley Stadium in London, our beloved team finally made it to the top flight of English football with a  scorcher of a goal from local legend - Dean Windass. We beat Bristol City and there's Mr Windass after the match - shown on the big screen at the Bristol City end of the ground. It was our day. 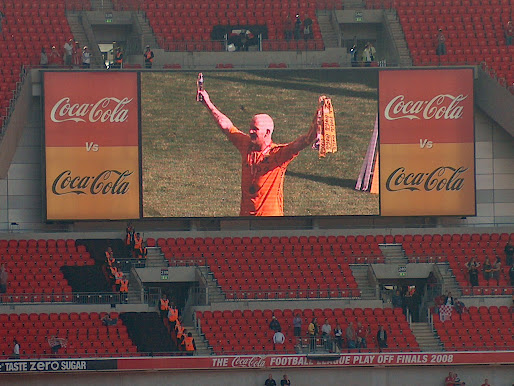 In August, Shirley and I went to Olu Deniz in Turkey. We kept seeing paragliders  drifting down from the mountains adjacent to the coastline. She was keen to try it and with some understandable cowardice reluctance, I caved in to her nagging persuasion. I was strapped to a burly Turkish fellow and we flew down to the beach below like a bird. Those are my shoes - above the lagoon. It was an unforgettable experience. I guess I was just a strap-on. 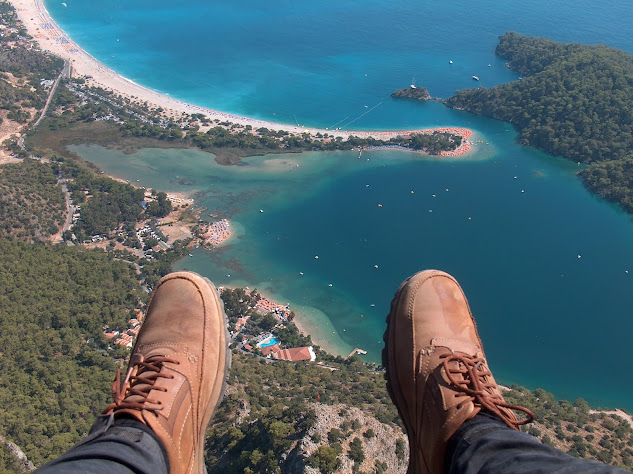 In the last couple of days of our Turkish holiday, I contracted a serious e-coli infection - possibly through something I had eaten or more likely from the mud baths we visited. I was very poorly but I was keen to take some pictures of Sheffield's famous cooling towers at Tinsley before they were blown up. See below. Fortunately a course of heavy duty antibiotics - taken intravenously in The Royal Hallamshire Hospital - finally saw off the ESBL . In past times, death would most certainly have taken me. 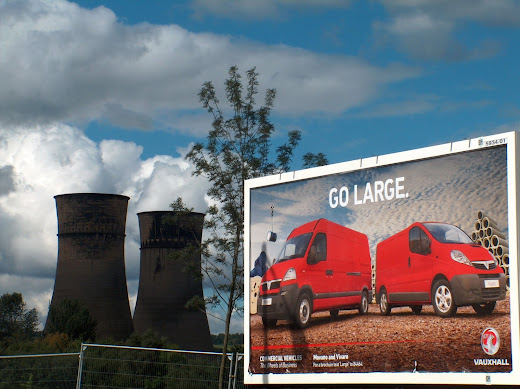 In November, with the ESBL infection well behind me, Shirley and I stayed in Yorkshire's smallest city - Ripon. Of course we visited the nearby ruins of Fountains Abbey but the photograph I have chosen to share is of the city's then hornblower which will, I am sure, have special appeal for Meike in Ludwigsburg, Germany who absolutely loves Ripon and its hornblowers "setting The Watch" in the marketplace as they have done nightly for over a thousand years... 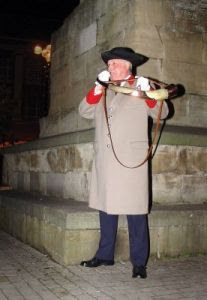