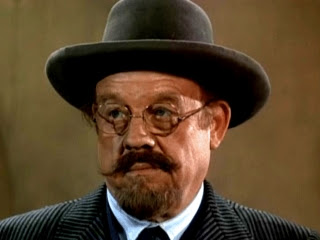 Burl Ives (1909-1995) was a man of the people. Not just a singer, entertainer and minor film star he was a fellow with a political conscience and was even blacklisted as a potential communist in the nineteen fifties. He supported many causes connected with the pursuit of liberty and justice. And he sang many memorable folk songs. In the picture above he was playing Big Mac McCreedy in "Alias Smith and Jones".

It is sometimes said that we all have doubles somewhere in the world and I think that I have spotted Burl Ives's double. A fine keyboard player, grandfather and resident of America's Peach State he is the mastermind behind the infamous "Rhymes With Plague" blog!

Because that blogger is a fairly  bashful  man who does not like to blow his own trumpet, I decided not to post his picture for comparison with Burl Ives's image. But if you wish to see what I mean about the doppelganger just head over to   Rhymes With Plague and check him out. Spooky or what? 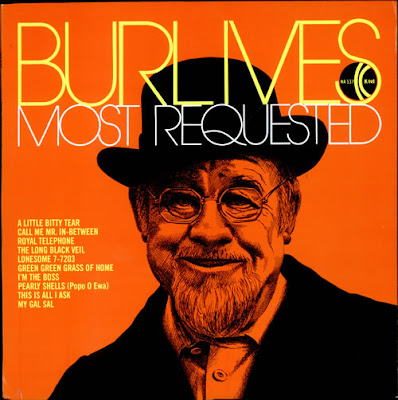