Young men are often portrayed as sexual predators. In relationships with young women, they are apparently only after "one thing".  Drunken, leering louts, laughing about their conquests and using rude or sexist words to describe women - that's young men. Or is it?

Yesterday, I walked into the city centre to watch "Everest" at The Showroom Cinema. Just before I got there a young man came alongside me and I noticed that he was carrying a bunch of roses. He asked me the time and I told him twelve thirty.

We walked a few steps further on and cheekily, indicating the flowers, I said to him, "It's not Valentine's Day you know!"

"I know but I've got a date in Doncaster. It's our first date. I'm off to catch the train," he said.


"No. I've known her a long time but only as a friend. This is different and to tell you the truth mate, I'm a bit nervous!"

"Well I hope it goes well. The fact you already know her should help. You never know, she could be Miss Right!"

And I watched him scurrying onwards to the railway station, roses clasped in his right hand and the hope of love in his heart. He did not fit the caricature of a loutish sexual predator. He was vulnerable, unfulfilled and he was seeking happiness through the magic of a loving relationship. It was a morning that promised so much for him  - if she felt the same. And I do believe that that is how most young men really are.
___________________________________

"Everest" was a stunning film that gives the onlooker a breathtaking sense of the size, rugged  geology and inhospitable weather of that mighty mountain. It also touches upon some of the reasons that drive climbers to tackle it despite the dangers it presents. I have always liked films like "Everest" - about adventure and human beings in challenging situations - cinematic interpretations of real life stories. In contrast, I happily admit that I have never seen or wanted to see any James Bond film nor any "Star Wars" film either. Just not my cups of tea. 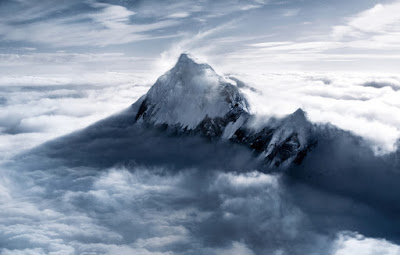