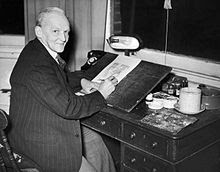 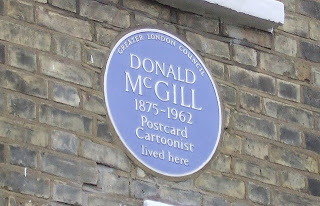 Donald McGill (1875 - 1962) brightened many holidaymakers' lives with his famous saucy seaside postcards. There's now a blue plaque on the house where he used to live in Blackheath, London. It's amazing to think that in the fifties, his mischievous artistry was frowned upon by the authorities to such a degree that he faced censorship, legal retribution and occasionally stocks of his saucy cards were confiscated during police raids. I understand that the weather over in Great Britain has been  rather miserable the last couple of weeks so here are a few McGill cards to cheer you all up. Meanwhile, I'll be swinging from the jungle jim rope I've set up over a natural pool in the nearby tropical clearing - "Geronimo!" 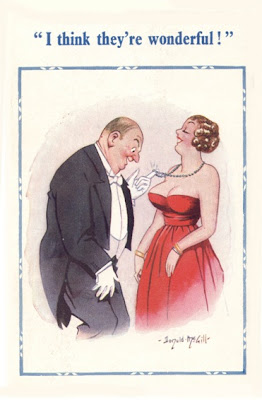 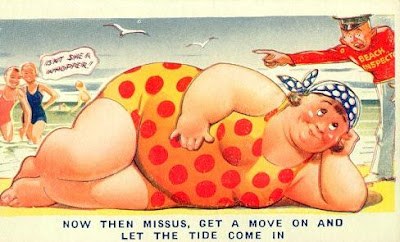 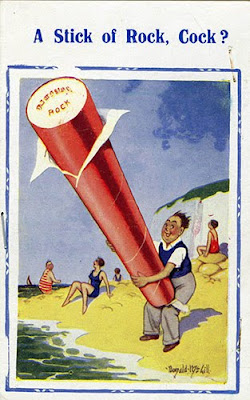 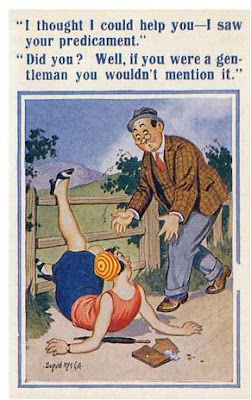