Yesterday, I managed to escape from the house. We are having some work done to our downstairs shower room and I have pretty much been trapped for a few days. I had arranged to take a friend to his sister's wedding at Hassop Hall near Bakewell and after dropping him off, I drove to Stanton in Peak between Bakewell and Darley Dale ready for a ten mile walk in the hot July sunshine.

Here's a small and rather typical terrace of stone houses in Stanton with delphiniums in the front garden:- There are many ancient sites in Derbyshire and this stone circle is known as "The Nine Ladies". Perhaps not as physically impressive as Stonehenge but still a neolithic site that is heavy with mystery and meaning. It is up on Stanton Moor:- 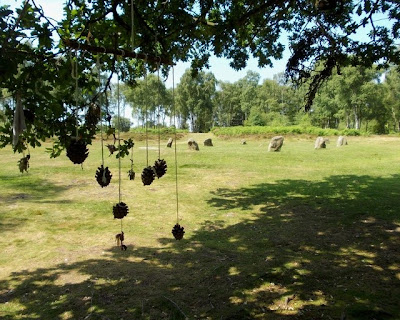 This ancient site is known as "Nine Stone Close" but long ago, five of the tall standing stones must have been removed - perhaps by local farmers constructing walls before we began to venerate the works of our distant ancestors:- 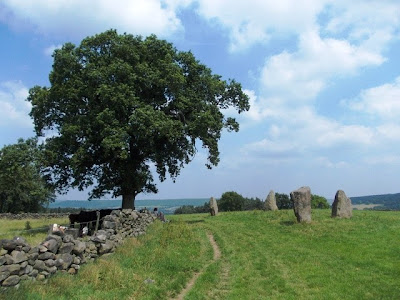 I spotted this sign high on a wall in the hamlet of Alport. It must date back to the nineteenth century when I have no doubt that "vagabonds" roamed the English countryside, scrumping apples, sleeping in hedgerows, pestering country workers. It's not a word we seem to use much nowadays - vagabonds:- 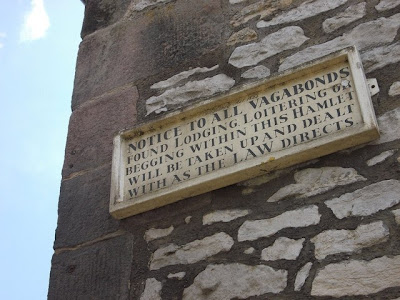 After four hours I trudged back to the car. It had been a lovely summer's walk - tiring and hot but physically and psychologically fulfilling too. There was time for a little more. On my way back to Sheffield, I parked in the village of Edensor on the Chatsworth Estate. I had come to visit the graveyard of St Peter's church where Kathleen Kennedy's grave is located. She died in a tragic plane crash in France in 1948 and was the younger sister of John Fitzgerald Kennedy who visited this grave in the same year that he was to meet his own tragic end:- 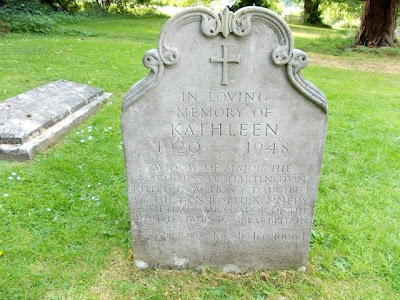