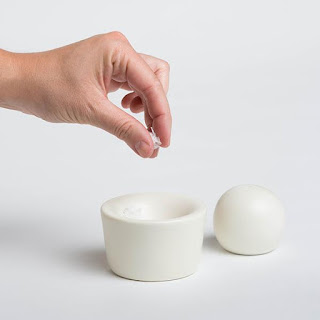 "Smidgeon" or sometimes "smidgen". I like the sound of that word but  rarely use it. However...

Late on Friday night, I ventured down to the local pub for a couple of pints. Over the years, without making prior arrangements,  there has usually been somebody there to chat with but on Friday I was sitting on my tod like Sad Sack.


Rose, the tattooed Australian barmaid, was clearing tables and she called across to me, "Having a good night?"

"Best night of my life," I retorted.

"Do I detect a note of sarcasm?" she asked.

"Just a smidgeon," I smiled.


In the moments immediately following, I pondered where the hell that strange sounding word came from. - smidgeon - and this afternoon I have just got round to doing the online research.

It seems it hasn't been present in English for very long. Usage can only be traced back as far as the late nineteenth century but before that nothing.


Most etymologists deduce that it came into English from Irish or possibly Scottish Gaelic. The words smidin and smuitín are used in the Irish language to describe small things like bits of paper or flecks of paint, little smudges etc.. It is very likely that the word smithereens also emerged from this Gaelic source. When you blow something to smithereens, you blow it into little pieces.

I would conjecture that the arrival of "smidgeon" owed much to two historical factors. Firstly, the Irish potato famine of the mid-nineteenth century saw many Irish people leaving their homeland to seek work elsewhere. Secondly, with The Industrial Revolution in full swing over here in England, the demand for cheap labour was enormous. Rather than heading for America or Australia, thousands of desperate Irish folk chose to seek their fortunes in England, Wales and Scotland instead. We had roads and railways to build, textile mills, metal foundries and engineering works too.

As well as bringing their muscle power, the Irish would have also brought their language, sharing it with the communities they joined. There are numerous other Irish words that have gained lasting footholds in the English language including hooligan, slogan, slob, gob, phony and brogue. Interestingly, like smidgeon their usage also began in the mid-nineteenth century.

The origin of English words is fascinating isn't it? Have you got any other  interesting words you can share?
- February 27, 2017