Even if you don't like football, you will have heard of Liverpool FC. They are more than a football club, they are a worldwide brand and a religion. They even have their own theme songs - such as "You'll Never Walk Alone". Over the years, they have often played wonderful football, achieving the dizzy heights enjoyed by all Champions of Europe.

Yesterday afternoon they were in Hull to play my beloved Hull City at the KCOM Stadium. Liverpool began the game in fourth position in The Premier League while my troubled team were rock bottom in  the same division. And yet... and yet we beat them fair and square. Our lads played like real tigers. They were on it through the entire game, harrying, closing down, breaking out of defence.

It was a wonderful spectacle and when in the eighty fourth minute Oumar Niasse ran for their goal with only Liverpool's hapless Mignolet to beat, my heart was filled with unadulterated gladness as he struck the ball through the advancing keeper's legs to put us in an unassailable two-nil lead. Oh joy upon joy! Take that Ken Dodd, Paul McCartney, Lily Savage, Anne Robinson! Our boys gave your lads a helluva beating! 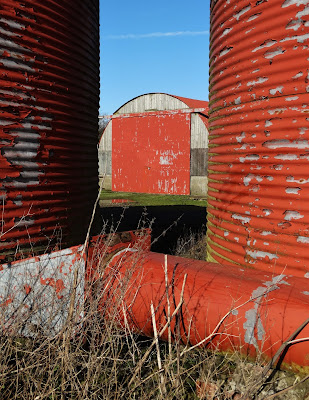 ...But earlier in the day, there was a different kind of joy as I wandered by the southern shore of The River Humber. I had driven to the remote and tiny village of Whitton. It is the kind of place that you only go to - nobody passes through it, because it is at the end of a long straight road, surrounded by watery meadows and arable land, originally and skilfully  drained by Dutch engineers in the seventeenth century. 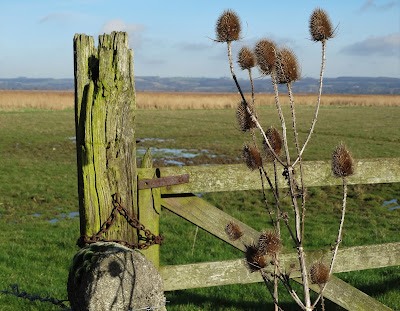 Whitton is very peaceful and there's an old church there that was built with stones and other materials from a nearby Roman fortress. East of the village the land is protected by an eight foot flood embankment to save it whenever the Humber overlaps its shores.

It was a lovely morning for a walk and I was wishing I had set out earlier from home. When I reached the paint peeling silos and barn at Whitton Ings I felt thrilled by the images I saw before me but I must admit - not quite as thrilled as I felt when Niasse's strike hit the back  of the net at 5.40pm. 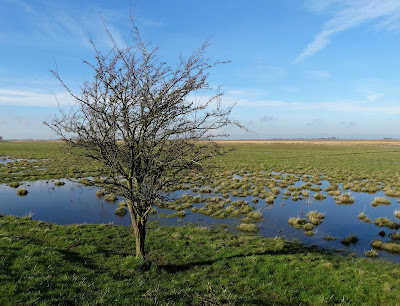