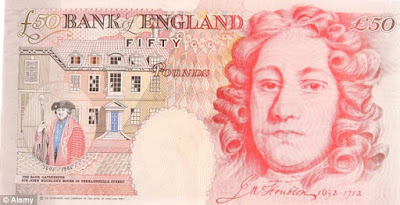 This is a heartwarming tale. Perhaps a happy contrast to yesterday's post about poor Vince the Rhino.

On Wednesday afternoon, after I had hobbled up to the bank with the Oxfam shop's takings for the day, I had to spend a couple of hours on the till. Halfway through this time, a gentleman came through the doorway holding a brown leather belt.

He plonked it on the counter and said that he had bought it on Monday afternoon. For a microsecond, I thought he was going to complain about the belt and ask for his money back. Perhaps it didn't fit. Perhaps the stitching was loose. I noticed that the belt had a little zip along the edge, concealing no doubt - a narrow pocket.

Then, like a magician the man produced something else. It was a neatly folded piece of paper. He unfolded it and explained that he had found it hidden in the belt. It was an old style  £50 note with the first Governor of the Bank of England's ugly mug staring back at me.

The man was giving the £50 note back to Oxfam! Such honesty is unusual these days. I am sure that many people would have simply  viewed that banknote as treasure trove and kept it for themselves. It's worth sixty  American dollars or eighty one Australian dollars.

Sometimes... people can be so good they surprise you and make you proud to be a human being. Not all of us are rhinoceros killers.

In other news Leonardo da Pudding has completed yet another fox picture. I swear I am becoming a rabid vulpophile. And perhaps these fox paintings are not over yet... 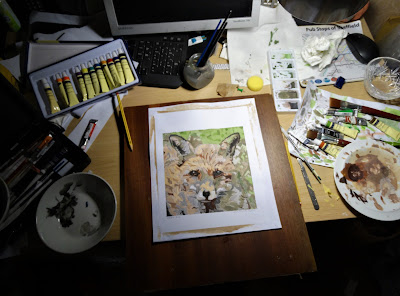 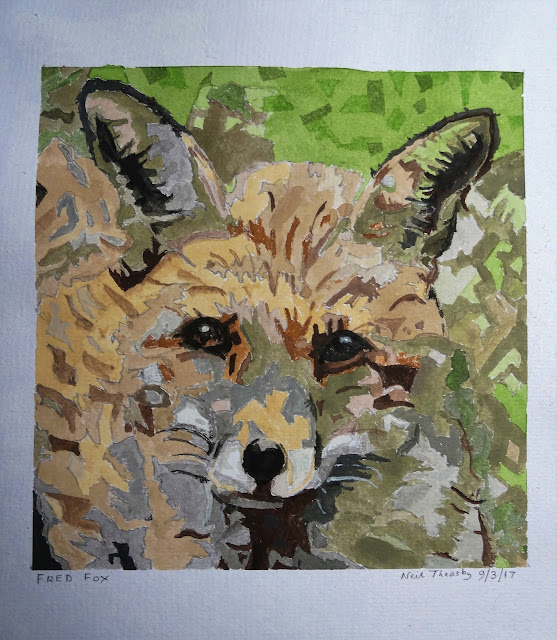