Patsy Cline died too young. She had a wonderfully evocative voice as is demonstrated in her heartfelt rendition of Willie Nelson's timeless song - "Crazy". Treat your ears:-

She was only thirty years old when she died in a plane crash fifty four years ago today but in her short life she had married twice and had two children with her second husband - Charlie Dick. The children were called Julie and Randy. Yes. That's right. Her son is named Randy Dick.

It seems that Randy Dick used to earn his money as a drummer in Nashville but unlike the rest of us he doesn't have much of an internet trail. I searched for him but just couldn't track him down. However, I discovered that there are plenty of other fellows in America called Randy Dick. In fact there's an army of them. Randy Dicks everywhere and here's just four of them courtesy of Google:- 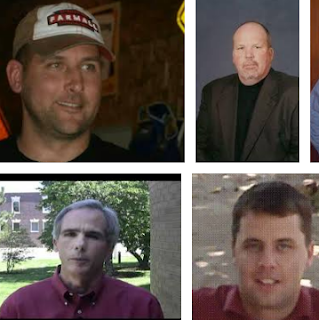