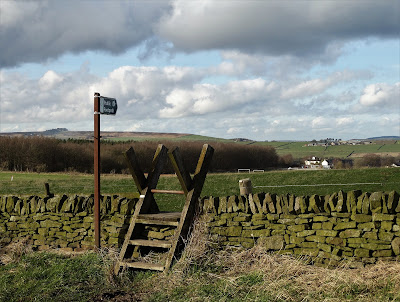 Down south in London and thereabouts, most of the inhabitants have little appreciation of The North. They probably think of our great northern cities as sprawling, smoky hives of industry. Places where men wear flatcaps and walk whippets along cobbled streets while women peg washing on clothes lines strung between endless terraces of cramped houses and barefoot children play hopscotch or aimlessly kick balls against walls.

But UpNorth has delicious secrets.

Take this city for example - Sheffield. Once it was the world's biggest producer of steel. In the nineteenth century, its population grew from 46,000 to 350,000 as workers flooded in to work in the foundries, factories and finishing shops. But throughout that expansion the western outskirts of the city remained as beautiful as they are today. 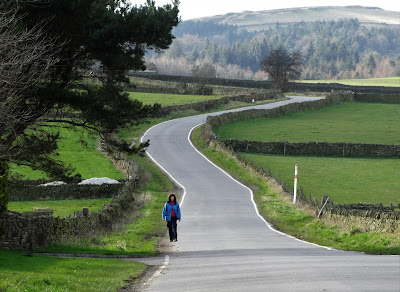 Just a stone's throw away there are farms, babbling brooks, green valleys, drystone walls, wooded hilltops and country lanes that lead to wild moorland where grouse cackle and falcons soar. If you live in Sheffield it's easy to get away from things and be in Nature's soothing company. To reach such countryside would be a major mission for Londoners - involving long car journeys or public transport. But here in Sheffield it's right on our doorstep.

For your interest, here's a list of the city's western districts - Whirlow, Bents Green, Ecclesall, Fulwood, Crosspool, Lodge Moor, Nether Green, Broomhill, Loxley, Stannington and Middlewood. They all lead to the delightful outskirts of the city - sometimes referred to as Sheffield's "golden frame".

The pictures were taken yesterday by your faithful correspondent on Brown Hills Lane just beyond Fulwood. 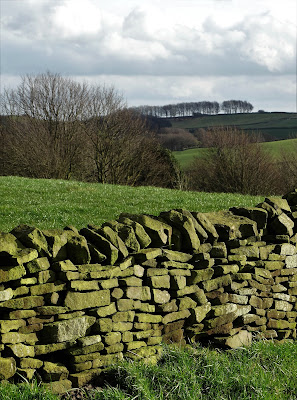