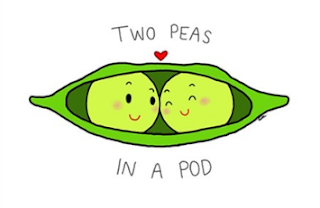 Yesterday, I invited visitors to suggest a blog topic for me. The winning suggestion wafted its way across the Atlantic Ocean from Jennifer in South Carolina. She said, "Tell us about meeting Mrs. Pudding and your romance!"

I returned from the Greek island of Rhodes at the very end of August in the summer of 1979. Previously, I had resided in a shared rental house at Hunters Bar but just before my long summer holiday I had left that place. Now I had nowhere to live and the new teaching year was about to start.

I had a good friend called Kirk. He was a hospital porter and he kindly agreed that I could bring my stuff and temporarily sleep on the floor of his bedsitter - a one room flat in the eaves of a big house at Crookesmoor. Having spent a month sleeping on the beaches of Rhodes it was no problem for me to hunker down in a sleeping bag on Kirk's hard floor.

He put up with me for a month and in that time two very significant things happened. My father died of a heart attack at the age of sixty five and I met the woman who would later become my wife - Shirley.

One night, early in September, just after I had snuggled down into my sleeping bag, I heard some voices on the stairs and then a key in the door. Kirk had come back from the pub with three student nurses. They were coming in for coffee and perhaps he had forgotten that I was even there or that I needed to be up at six thirty ready to travel to my teaching job twelve miles away in the mining village of Dinnington.

The three young nurses came in and were quite surprised to find me lying there like a big blue caterpillar. Coffees were made and drunk and I joined in with the late night conversation that mostly surrounded hospital matters. One of those young women was Shirley and I was immediately attracted to her. She sat on Kirk's bed and our eyes kept connecting. There was electricity right from the start. She was twenty years old and I was twenty five.
Dad's funeral happened and afterwards I felt utterly bereft but as luck would have it - one of  the other bedsits in Kirk's house became available and I moved in. That autumn into the early winter of 1979, Kirk and I occasionally met up with that same little gang of student nurses and before very long they invited us to a party at the nurses home where they lived.

I found myself  alone with Shirley at the bottom of the stairs with drinks in hand talking light-heartedly about this and that and gradually it seemed so right that our heads should come closer together, that her left hand should rest on my thigh - that my right hand should rest upon her shoulder - that our mouthes should meet - that we should get lost in a beautiful swirly first kiss from which the rest of the world was excluded. We emerged from it somewhat breathless, both aware that we had crossed an invisible line.

Our first proper date happened the next week when we met up as pre-arranged in "The West End" public house near The Royal Hallamshire Hospital. She wasn't with her friends this time and I wasn't with Kirk or any of the other hospital porters I knew.. There was no hiding place. We found out things about each other and we talked so easily together. There had been no need to be nervous.

She was only twenty but she seemed so wise and understanding with blue eyes and - excuse me for introducing this slightly coarse note - great bazookas. And below her perfume there was the underlying smell of fresh laundry.

It all felt so right and that next weekend we took the natural next step - she came home to my bedsitter and we slept together for the first time, like peas in a pod. It was the beginning and now neither of us felt alone in this big, bad world. We were together and love had just begun.
- December 01, 2017