Back in 2010, I wrote about finding a dead woman in The River Sheaf. This was the post and this was the actual location:- 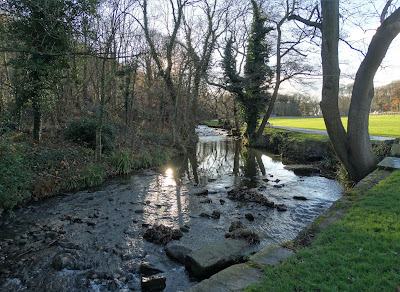 I walked by the place yesterday afternoon. On the day she was pulled from the river, there was more water in it and the undergrowth on the left-hand bank  had not been cut back. To the right you can see the green of the football pitch where my son and his cub scouts team were playing the Millhouses cub scouts that December morning twenty five years back.

Millhouses Park is a long winding park in the map shape of a giant sausage. All along it hugs The River Sheaf and beyond that is the main railway track from Sheffield to Derby. The park is well-used and much loved. There are great facilities for energetic kids, a sensory garden, a bowling club, tennis courts, a small boating lake and an excellent cafe.

I sat in there with a mug of tea and a delicious sausage and plum tomato sandwich. Then I checked out the photographs I had just added to my camera's memory card. Here are three of them:- 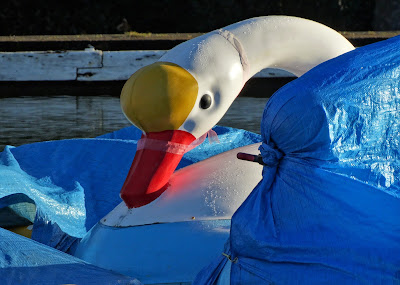 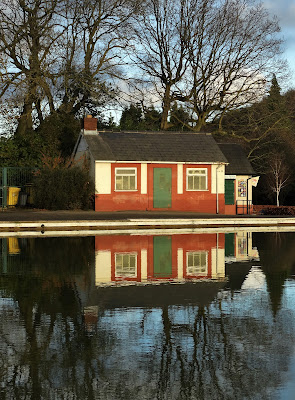 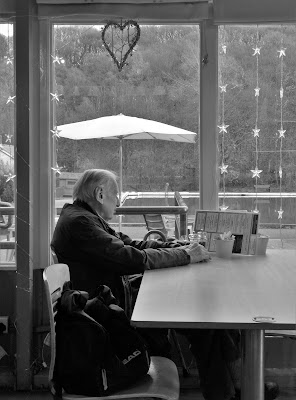 Walking by that bend in The River Sheaf brought the woman's death back to me. What a desperate and tragic way to go. Many times I have replayed images of her lifeless body and recalled the icy coldness of her skin. I wouldn't want to go that way.

And when I came home from Millhouses Park yesterday, all the roads near our house were sealed off by the police. Fifty yards away an elderly woman was killed by a lorry (American: truck). The exact circumstances of her death remain unclear but I wouldn't want to go that way either. May she rest in peace.
- December 06, 2017