He shuffled into the Oxfam shop. Lean, with bloodshot eyes and a salt and pepper beard, he was well wrapped up but I recognised him as the homeless man who is often seen sitting on his haunches outside the bank at Hunter's Bar roundabout. Before the Conservative Party took a hold of  this great nation's government we never saw any homeless people in south west Sheffield which has always been a pretty affluent area.

I was adding more books to the shelves. He came into the heart of the shop and asked me a question. "Av ye gorreny ******?" The last word was lost on me. I thought he was saying "clothes".

"Yes sir. Over here. We've got shirts, jumpers, trousers, jackets. What are you looking for?" 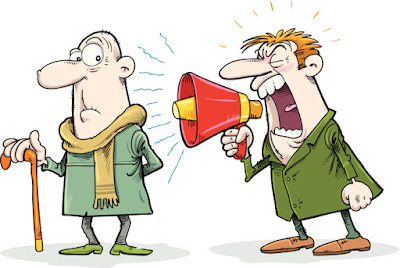 I could smell stale alcohol on his breath.

And then I thought he was saying "cloves", imagining that he was planning to make mulled wine. It seemed unlikely but I said "I think you'll be able to get some cloves in Sainsburys - just up the road!"

And then a female customer piped up with, "I think he's saying gloves!"

I looked in the basket where gloves are normally displayed but there weren't any. I apologised and he went on his way probably thinking he'd just been talking to a moron. Perhaps I should get my hearing checked. In the meantime I am going to see if I can find him some old gloves and take them down to Hunters Bar as an early Christmas gift. He'll probably say "No! Not ******! I wanted ******!"
- December 14, 2017