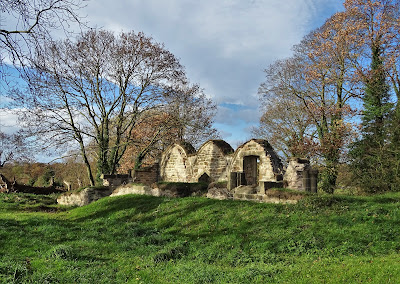 Shirley and I are going to Whitby today - just a one night stay. It is a special little seaside town on the North Yorkshire coast but I will probably say more about it in another post.

In the meantime, I just wanted to leave a few words about Tuesday's walking expedition south east of Worksop in Nottinghamshire.

I parked in the village of Bothamsall and enjoyed a lovely eight mile circular walk that also took in the larger village of Walesby and involved crossing or walking beside two little rivers - the Meden and the Maun. 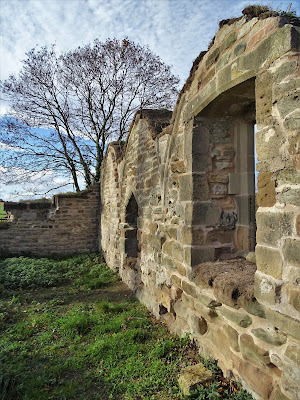 Perhaps the highlight of this ramble was the detour I  made to see what remains of a remote twelfth century ecclesiastical building called Haughton Chapel. It fell into disuse long ago and was happily crumbling away into nothingness until efforts were made within the last twelve months to halt its demise and to treasure it once again.

Some stonework has been repaired and there's clear evidence of cement pointing. There's also a brand new fence. In one corner of the old churchyard there's a little monument erected by The Royal Canadian Air Force in memory of the twelve young men who died aboard two World War Two bombers that crashed nearby in 1943 and 1944 respectively. So tragic... 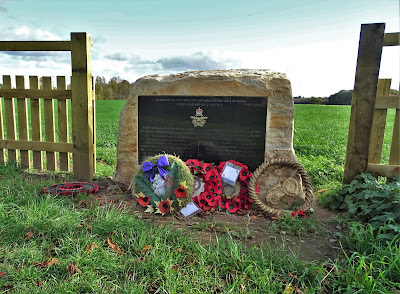 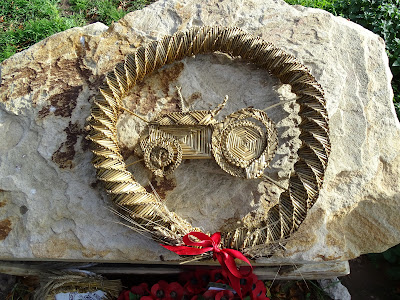