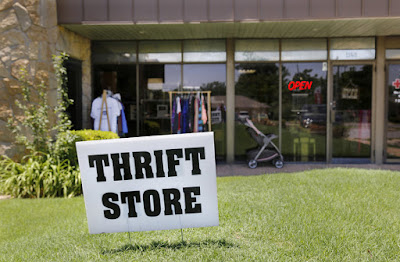 Financially, Shirley and I are quite comfortable. We are not rich by western standards but we have savings and we don't owe anybody anything. We have two cars and occasional holidays and we never blink about grocery or utility bills. Our house is paid for and we get rent from our other house - the one that we helped Ian to buy some years ago and later had to take over ourselves.

In spite of this, my default position is frugality. I  don't like to squander money but I do like a bargain. Most of our grocery shopping is done at "Lidl" - our local discount supermarket and when I need petrol for either of our cars I go to the cheapest forecourt in town.

Some of my clothes are pretty old. I have three shirts which I still wear regularly that my mother bought for me in the nineteen nineties and I have a "Kent State" sweatshirt that was a souvenir of my camp counselling summers in Ohio in the 1970's. I don't really care about clothes or fashion as long as my garb is clean and not falling apart.

I guess that I have inherited my frugal nature from previous generations. My mother grew up in a coal mining community between the wars. Her family had very little and in her early childhood life was a grinding struggle to pay the rent and put food on the table. Like many, she bathed once a week in a tin bath in the kitchen.

At the end of the second world war she became a village schoolmaster's wife but she remained money conscious and thrifty to the end of her life. All of her spending was recorded in little notebooks. At Christmastime she set targets for the purchase of Christmas presents for her four sons. It was important that she spent exactly the same on each of us.I still have those notebooks now. It is hard to throw them away.

When I was nine years old, I was desperate for a bicycle. I begged and pleaded and when Christmas Day came the bicycle duly arrived. It was a Hercules but it was second hand and around twenty years old. A handyman in the village had repaired and cleaned it. My heart sank a little but I loved that bike and it didn't bother me overmuch that my mates from the council estate had been given shiny new bikes. Looking back I can see that receiving that secondhand Hercules had much to do with my mother's thriftiness.

My grandmother, Nana Morris, was poor all of her life but she made excellent soup using bones she collected free of charge from the local butcher. Her lavatory was an outside one that you found at the bottom of treacherous stone steps that led to her backyard. Wiping one's nether regions required the use of newspaper squares that had been threaded on to a piece of washing line.

Consequently, it's probably no surprise that I am frugal by nature. We hardly ever throw any food away and vegetable peelings are all composted. Electrical items are never replaced without good reason. First they have to break down and then resist repair. However, being frugal is not the same as being mean. It's just about avoiding waste and unnecessary expense. I contend that if more of us were thrifty the world would almost incidentally reap great environmental benefits. 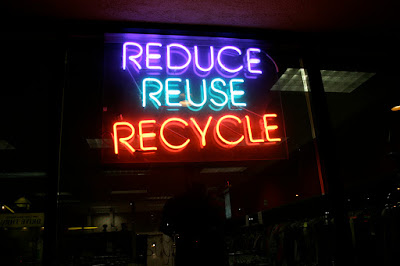