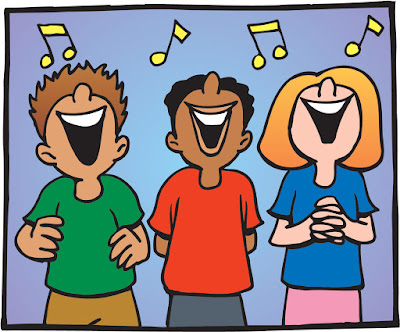 Some visitors may recall that I made a song in September. It was inspired by a trip that my adoring wife and I made to Orford Ness in Suffolk.

We were strolling along by brambly briers in late summer sunshine, heading for the old lighthouse that will one day be consumed by the sea. My heart felt light and gay - if I might reclaim that word - and I started to sing.

Instead of letting it evaporate into the ether, I hung on to that tune and built a proper song around it. I wrote down the lyrics and everything and then with difficulty managed to make a YouTube presentation of it. I called the song "Orford Ness" and if you are interested you can still find it here.

Then the week before last we visited Whitby on the coast of North Yorkshire. When we returned, a poem welled up from inside me and I wrote it down, calling it at first simply "Whitby". I shared it with visitors to "Yorkshire Pudding" here.

"Whitby" was just meant to be a poem to read - nothing more but then I spotted this comment from Bonnie in Missouri, USA:-

Bonnie had thrown down a gauntlet that I was happy to pick up.

I am delighted to report that I have now turned "Whitby" into a song called "Whitby Shore". As I worked upon it I felt that it needed a chorus and here it is:- 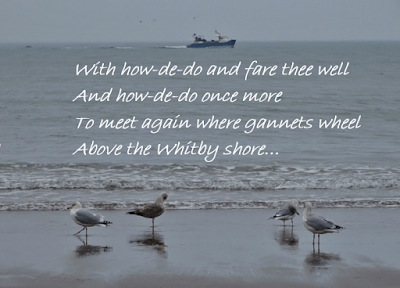 Unfortunately, I am presently unable to share the finished song with you as my laptop microphone has decided to give me a speech impediment whereby the sibilance of my "s" sounds has become distorted. Nonetheless before too long I hope to make a blogpost featuring  "Whitby Shore" for your scrutiny and possible enjoyment.

I am trying to access a USB microphone that will bypass the built-in mike but Amazon appear to be twisting my arm to join a strange secret cult called "Amazon Prime". They even said, "Congratulations! We are giving you a free trial with Prime!" when I tried to order the new mike but  I have no intention of joining any religious movements - especially when they are run by an organisation that it is striving ominously to take over the world.
- November 29, 2018