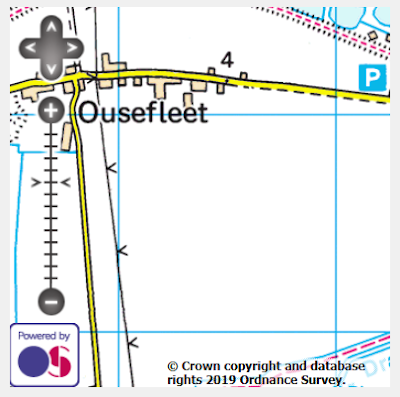 How did I survive the last few days without internet access? Men made of weaker stuff would have surely crumbled but I girded my loins and battled through like a Canadian Mountie on a mission.

After the long Easter weekend, I took this Lenovo laptop to a young fellow called Josh who manages a small computer business. I explained the problem and twenty four hours later the computer was fixed for £30 (US $40). Thanks to my friend Mick for pointing me in Josh's direction. There was no need to shell out for a new laptop after all. Fingers crossed, this repaired magic machine will now travel much further with me upon life's twisting journey. I hope so anyway.
In those missing days, various things happened both in my life and in the world at large.  There was wicked mass killing by madmen in Sri Lanka and in Derry City, Northern Ireland poor Lyra McKee was accidentally killed by a mindless moron with a gun. In London, Extinction Rebellion protesters raised many questions and the amazing Miss Greta Thunberg was there to provide moral support. Meantime in Yorkshire we were bathed in Easter sunshine.

Travelling to Hull to watch my football team play Sheffield United, I made a special detour to photograph a certain geographical square. In 2011, the Ordnance Survey organisation declared that this square was the dullest, most boring square in the entire United Kingdom. It has no features - no roads or buildings or paths or hills. It is as flat as a pancake and doesn't even have any fences or hedgerows. There are just a few drainage channels and a couple of straggly bushes and in the south western corner there is an electricity pylon.

The square is situated just south of The River Ouse and the small ribbon settlement of Ousefleet that clings to a quiet lane, seven miles east of a town called Goole. It wasn't Mount Everest or The Gibson Desert but I got there...
- April 24, 2019