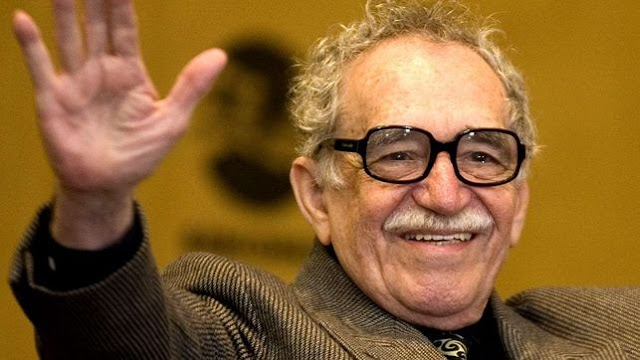 Gabriel García Márquez was often affectionately referred to as "Gabo" in Latin America. Born in Colombia in 1927, he died in Mexico City in 2014. Many critics consider him to be the greatest writer that South America has ever produced.

That being said, I had never read any of his six novels until this very month. The one I picked was "Love in The Time of Cholera", first published in 1985. To be honest, I picked this one simply because I was intrigued by its title.

It is colourful, passionate, observant and quirky and Edith Grossman who translated the text from its original Spanish did an excellent job of  processing García Márquez's authorial voice into English.

The novel spans sixty years in a sleepy, post-colonial Colombian port. The key players are Florentino Ariza and Fermina Daza. It takes a lifetime of letters and waiting and diversion before their love can finally be consummated. Apparently, their story was somewhat inspired by García Márquez's parents' protracted love story.

Of course, I could bore you silly with a detailed plot summary but I won't do that. Instead, I will just give you a glimpse of  García Márquez's characteristic command of language with this quotation from near the end of the novel when in old age Florentino and Fermina are at last beginning to see the way ahead:
They were both intimidated, they could not understand what they were doing so far from their youth on a terrace with checkerboard tiles in a house that belonged to no one and that was still redolent of cemetery flowers. It was the first time in half a century that they had been so close and had enough time to look at each other with some serenity, and they had seen each other for what they were: two old people, ambushed by death, who had nothing in common except the memory of an ephemeral past that was no longer theirs but belonged to two young people who had vanished and who could have been their grandchildren. (page 305/306)

I very much enjoyed "Love in The Time of Cholera" and plan to read "One Hundred Years of Solitude" before too long. Maybe some visitors to this blog discovered Gabo long ago but I have only just found him. 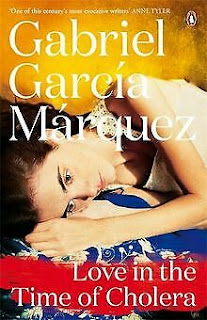