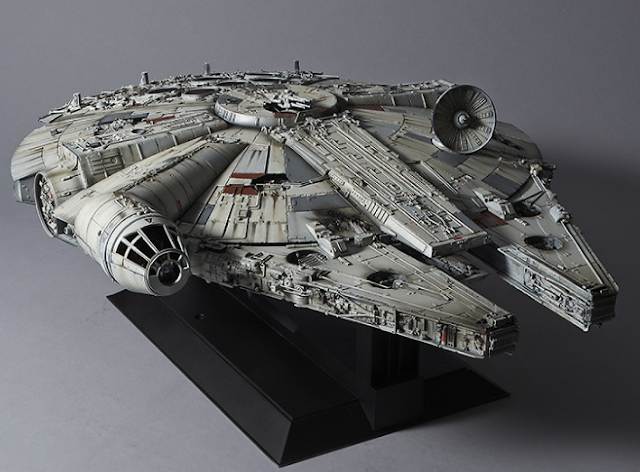 In the display cabinet next to the till counter in our Oxfam shop there was a plastic model of some sort of spaceship. A sweet little five year old boy was looking at it, his face pressed against the glass. His mother said, "It's from Star Wars."

The little boy asked, "What is Star Wars?"

Noticing me behind the counter, smiling down on the scene, the forty something woman said, "Can you explain?"

This wasn't a fun remark. It had an unpleasant, judgemental edge to it. Puzzled by her response I said, "Yes. I'm one of them. Someone who is not interested in that kind of thing."

"You could easily watch a Star Wars film. It would only take up  two hours of your life."

"Yes I could but I am not interested. Why should I waste my time?"

She raised her eyebrows disdainfully At that point, the communication ended and soon the woman with her little son in tow left the shop. I had never seen them before and I suspect that I won't see them again.

I wonder how she might have described me if I had also informed  her that I have never watched a single James Bond film or any Harry Potter films or Lord of the Rings or  "Game of Thrones". (By the way, is that like the children's party game - Musical Chairs?) Yes my friends, I am not just "one of them", I am a super "one of them". I'm so "one of them" it is surprising that I haven't been locked up.

How about you? Are you also "one of them" or are you,  like the snide woman in the shop, a fully-certified card-carrying normal human being?