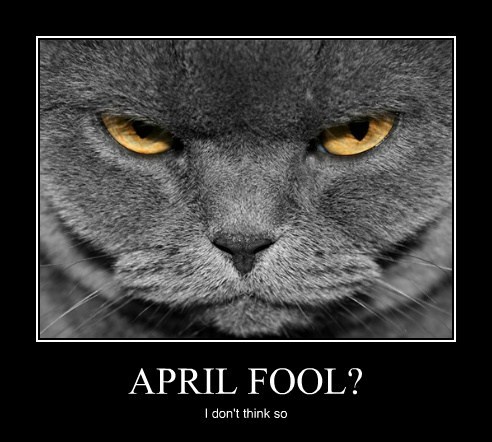 
It didn't work did it? For weeks, I had been planning my cunning April Fool's blogpost, hoping to catch out a  legion of bloggers and other visitors. The mass humiliation would have been exquisite and I could have basked in the glorious amusement of my trickery for many days. But it didn't happen. I hate to admit it but I am an April Fool failure. Boo hoo!

I have experienced a fair amount of failure in my life. I guess that most people can say that - perhaps including you dear reader. Most of the time, people tend to keep quiet about their failures, preferring to showcase their achievements and promote a positive image of themselves. But inside ourselves we will often mull over past failures. That kind of thinking tends to be lonely and unheard.

Work. That's a fertile zone for feelings of failure.

It's close to ten years since I gave up my teaching career and took early retirement. At that time I was The Head of English in a challenging secondary school. I had been in that same role since 1995 - almost fifteen years in total. With regular inspections, lesson observations, unrealistic expectations and initiative after new initiative being churned out in some distant governmental initiative factory, I had become tired of the whole shebang. I was working sixty hours a week and my weekends and holidays were never free. There was always something in my black school bag - just waiting to be done.

The school's manic headteacher was happy to climb aboard every new bandwagon that came along. But ultimately she was one of those leaders who can talk the talk without walking the walk. "Hypocrite" and "windbag" are labels that would have sat well with her. She did not have my respect and she was definitely a factor in my choice to leave early. I had simply had enough of it.

Turn the clock back even further to 1991. I was Second in English in the same school but I was looking to get out. I applied for six head of department positions in other parts of Yorkshire. Scarborough was especially attractive to me.

I would spend ages on my job applications, honing the language, researching the school, identifying priorities. Out of the six applications I made, I was invited to five interviews, two of them in Scarborough. I would polish my shoes and put on my best suit.

The interview days were gruelling. It was almost as if you were being interviewed to be the next Secretary General of The United Nations. The verdict was usually given after five o'clock in the evening and to put it bluntly -  five times I failed.

It left me wondering what was wrong with me. What was I lacking? I had an excellent c.v., I was super-dedicated and passionate about my work. I was articulate and resilient. In the end, I think they were sometimes suspicious of me. They wondered if I was a team player. In appointing me, perhaps they would be bringing a rebel into their midst.

Maybe they could tell that in my heart of hearts I really wanted to be a poet, a rock star, an artist - not the leader of English in an obscure school far from anywhere. The same treadmill firing up every September. Familiar faces, familiar problems.

I came close to getting The Head of English role at Scalby School - the best state secondary school in Scarborough. After the interview process, the headteacher took me aside and apologised saying that it had been touch and go between me and the winning candidate who had been their Second in English for five years. He wished me well.

The next day, with a degree of reluctance, I agreed to be promoted to the role of Head of English in my Sheffield school and that's where I stayed. But I always regretted the fact that I was unable to make the leap to a different, less challenging school - taking my young family to another life in a different part of Yorkshire.

I have known other failures unconnected with work but I will keep them to myself. Fortunately, I am able to keep my failures in perspective. They don't overwhelm me or hang about in the forefront of my mind. I guess it is part of the human condition to endure failure but in these increasingly brash modern times it has become almost taboo to admit to our failings. As a Judy Garland song from long ago went, "Keep your sunny side up!" because nobody wants to know about the other stuff.