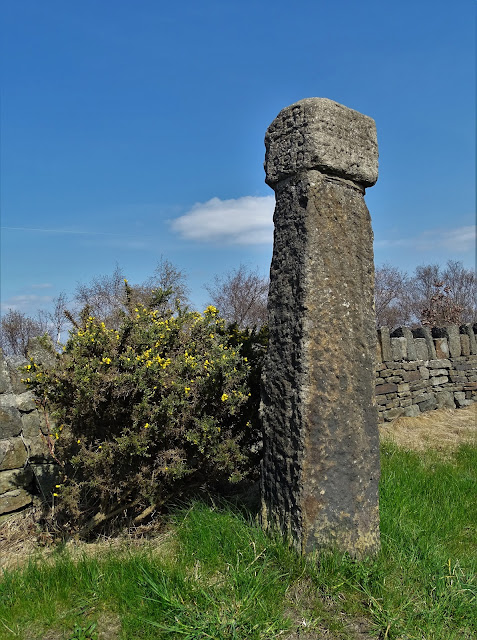 I have tramped along every path and byway in and around Sheffield. It's hard to come across anything new but yesterday afternoon I took my first pictures of the stone object shown above. I must have driven past it a hundred times without noting its existence.

It's called Barncliff Stoop and it stands by an ancient road known as The Long Causeway. Very probably that road was first marched along by Romans as they headed westward over the hills to Buxton and Chester. Later the roadway became a trading route linking South Yorkshire with the west and it is believed that Barncliff Stoop was one of several erected in the fourteenth century to guide early travellers and merchants.

Three miles further along The Long Causeway, you reach Stanage Pole. It stands on the border between Yorkshire and Derbyshire and once marked the boundary between the ancient kingdoms of Mercia and Northumbria that preceded the birth of England itself. 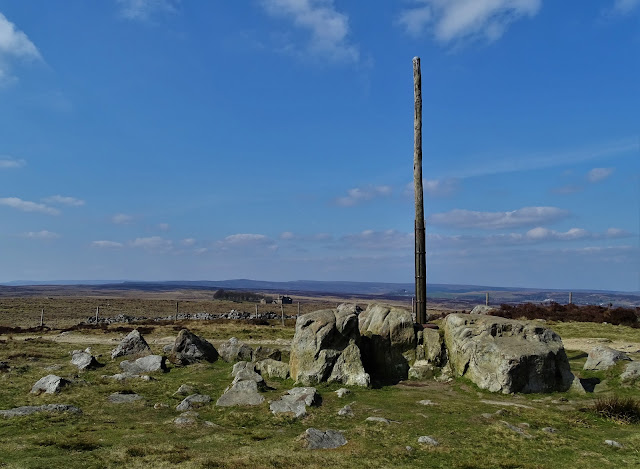 In the distance on the moors, close to a stand of trees you can see Stanedge Lodge - a grouse shooters' lodge and the highest residential building within Sheffield's city boundaries. 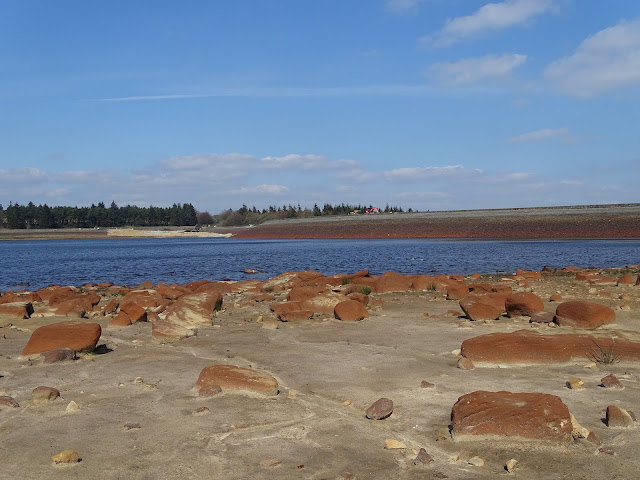 I turned back at Stanage Pole, returning to the reservoirs at Redmires. The top reservoir has been undergoing significant maintenance, including strengthening of the dam wall but now they are allowing rainwater to refill it. It's going to take a while unless the heavens open for a few days in a row.

Near Wyming Brook Farm, a girl was cantering around a paddock on her trusty steed. I noticed her lilac coloured helmet popping up above the gritstone wall and managed to snap the picture shown below. 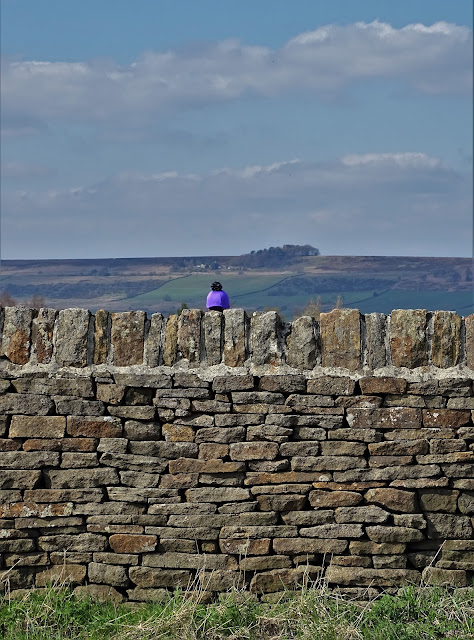 Also by Wyming Brook Farm, I spotted this sweet and newly born lamb which I have named Robert in honour of either the English poet Robert Browning or Robert Brague that redoubtable blogger from the heart of The Peach State, USA. Take your pick. Robert bleated at me and then gambolled off to find his mother, perhaps fearing that I might have been there to do him harm. 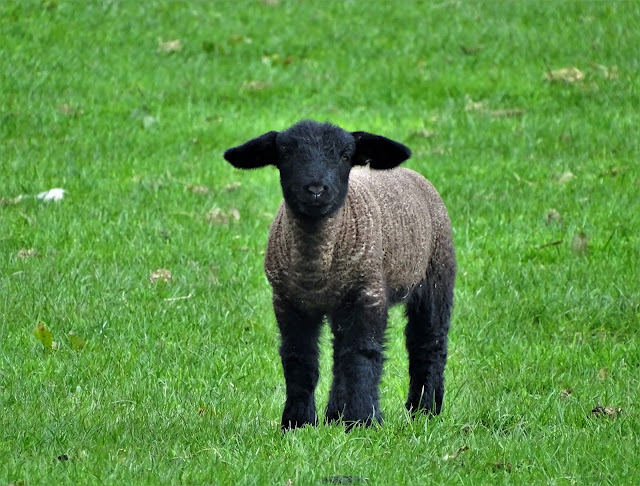